Empathy is the Next Human Evolution 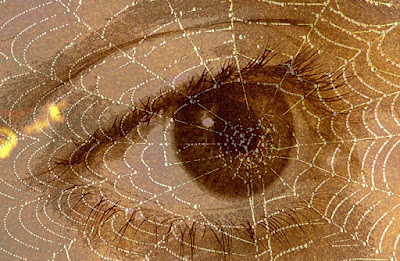 “What might we see, how might we act, if  we saw with a webbed vision?The world seen through a web of relationships…as delicate as spider’s silk,yet strong enough to hang a bridge on.”

Catherine Keller,  From a Broken Web


Here is something  I believe is at the heart of what the archetype of  Spider Woman means to me, what Her evolutionary work (remember the many Pueblo  legends of Spider Woman being the "Midwife" of each new age?  I wrote a bit about this on the advent of 2012).  In these sacred stories of the birth of each age, and the ending of the old age, it is Spider Woman who leads the people through the Kiva, or birth canal, into the new world.

Spider Woman, the great Weaver, weaving the world with the stories that She tells, casting a thread to the new people, a thread of the great Web that resonates with every other thread.

I like to think that the Internet is Her latest appearance.

“Hope now lies in moving beyond our past in order to build together a sustainable future for all the interwoven and interdependent life on our planet, including the human element.


We will have to evolve now into a truly compassionate and tolerant world – because for the first time since the little tribes of humanity’s infancy, everyone’s well being is once again linked with cooperation for survival.  Our circle will have to include the entire world.”

from The Guru Papers

As  I think about how I and friends and colleagues are going to the World Parliment on Religion in Salt Lake City this October (thanks to Macha Nightmare), it seems to me that Grandmother Spider Woman is a deity who should, and will, be there, although perhaps little spoken of.  But as so many have said so much more eloquently than I, the new and ancient  theology for a global civilization facing a global crisis must ultimately be a theology of holy  inter-dependancy.

Interconnectedness, Spiritual Ecology, quontum entanglement.  And I also believe there is a profound need for new forms of spiritual iconography and meaningful  ritual  that reflects that paradigm of ultimate unity...........work for artists of all kinds. 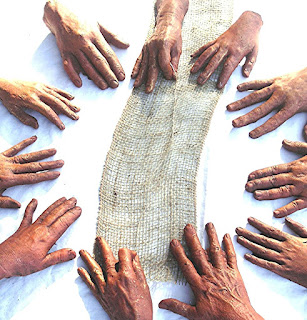 "What is the new mythology to be, the mythology of this unified earth as of one harmonious being?"

Joseph Campbell, from "The Power of Myth" (with Bill Moyers)


To me Spider Woman is also about synchronicity, that vast, mysterious, and sometimes funny as well,  Web of Being that underlies our lives.  So interestingly, as I was contemplating all of this, along with practical matters like hotels, I received an interesting email from Trish  and Rob Macgregor, a writer team exploring Synchronicity (among many other things) whose Blog I often visit for its wise, and often surprising, articles.  Trish and Rob are working on an article about "planetary empaths", and wanted to know what I and others thought the world might be like in 15 years or so, if we had any impressions.  There's a bit of  Spider Woman forcing me to stop and think, and I copy how I responded to their question below.

I'd like to explore this idea much more in the future, because I think it really is important....... 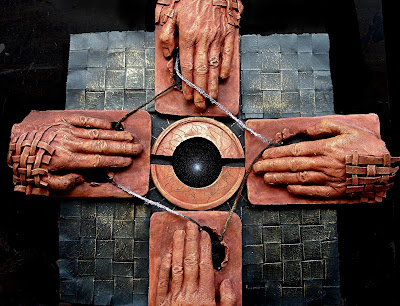 Funny, I've been reading a lot of articles lately on empathy (came up on Facebook), and the word keeps turning up, including my own recent article.

I think strongly that the next human evolution is not intellectual, or technological, or even cultural - it's empathic.  We feel ourselves connected to each other and to the planet in its diversity. Understanding and maturing this process would create entirely different kinds of appropriate human societies.  This idea ("the next human evolution is one of empathy") is a thought that keeps coming into my mind for the past few years, and lately I've been seeing it discussed in different contexts, so I am not alone in this idea arising into the collective consciousness.

And I don't think empathy is the same as "telepathy" - empathy is the emotional body, and evolution of empathy means helping the emotional body or emotional mind, individually and collectively, to mature, be discerning (because being an empath means you take on every one's stuff, and often don't know where it's coming from, or you think it is you, or you just get sick)......and find a different kind of  language for perception, healing, and energy exchange, one that is based on a fundamental understanding, emotional understanding, of deep interconnection.

So having written that...........I think that those seeds of change, and many individuals who are highly empathic, are here, trying to germinate, especially in response to the pain and crisis of the planet.

But taking root.............I strongly feel that such ideas and groups and individuals as well will need to be in small communities, possibly alternative communities of various kinds, certainly they will need support groups............because  they will have a hard time surviving in the face of all the conflict and confusion (and violence) that I am certain is coming.  Our civilization is not sustainable, nor is our economic system, and all kinds of reactionary forces (Republicans, right wing patriarchs, fundamentalist religions, and all kinds of racial scapegoating as people look for someone to blame) will continue to arise as times become more difficult, and resources more limited.

And yet..........I have a real sense of, well, hope?  I see all kinds of good things happening that you won't hear on Fox news.  I almost feel that empaths are a response to our need for planetary evolution - they arise from a greater purpose, perhaps, from the mind of Gaia. 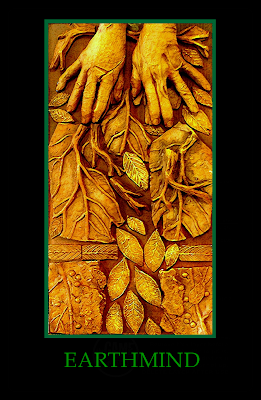 " The new myth coming into being through the triple influence of quantum physics, depth psychology and the ecological movement suggests that we are participants in a great cosmic web of life, each one of us indissolubly connected with all others through that invisible field.   It is the most insidious of illusions to think that we can achieve a position of dominance in relation to nature, life or each other. In our essence, we are one."

For a number of years I was diagnosed as Bi-Polar, Manic Depressive. I used to hide from people, and anywhere many people would congregate. Work and home, hide. Holidays are still very hard for me. I would always wonder why I felt the way I did, sometimes I would get these pains in different parts of my body, go to the doctor only to be told there was nothing wrong with me. My family thought I was a hypochondriac.
Fast forward to my early forties. I started paying more attention to my surroundings because of a few syncronicities. I started realizing that I was feeling others feelings, and actually feeling the physical pain that someone living in the next apartment was going through. I never knew anything because I wouldn't talk to anyone, I was always too anxious and overwhelmed. So, now when I feel pain, or overwhelmed, I ask, and people always ask, "How do you know this?" I learned to deal with this, and always now have to ask myself if there is a reason I am thinking or feeling this way, 'is this mine, or someone else's?' If it's not mine, I tell it to get off of me, and it does.

My mid forties saw me learning Reiki, and I am now a Reiki Master. I'm happy to help others, and as I go about my day, I help clear the 'stuck' energy. I still don't like crowds, but I know when I've had enough.
So now when you hear someone has bi-polar, please don't be uncomfortable around them, they feel it, and it is awkward. Know that they feel EVERYTHING! And they are overwhelmed by all the data that comes at them invisibly. Modern science and the pharmacutical companies would rather shove a pill down your throat, than allowing evolution, because then they know it's "Game Over".

Thank you .............. eloquently said Yes, I do believe many natural empaths feel this way and struggle as you have; it is poignant that you healed yourself and along the way became a healer.