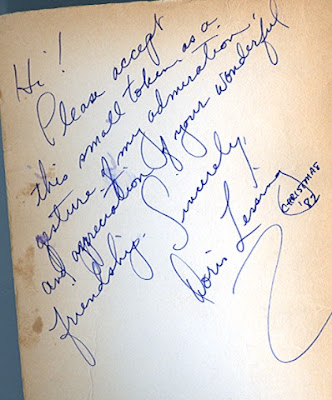 Into that space, which is like a form of listening, of attention, will come the words, the words your characters will speak, ideas - inspiration. If a writer cannot find this space, then poems and stories may be stillborn. When writers talk to each other, what they discuss is always to do with this imaginative space, this other time. "Have you found it? Are you holding it fast?"


My friend Rose says that I should compile a little book about syncronicities. I think, if I did, I would call it the "Book of Common Miracles", or perhaps, "Grace". Because I've often felt there is a Conversation going on that, in a quantum sense, once we notice, becomes continually more animated. In other words, we're often "tapped on the shoulder" by angels, and pre-occupied with our daily concerns, fail to notice little miracles fluttering under our very noses.

Ecologist David Abram commented that perception is:  "a reciprocal phenomenon organized as much by the surrounding world as by oneself" and suggested that a two-way dynamic of intention, or energy exchange, may be going on. In contrast to our idea of a non-living world we simply observe, he went on to say that "the psyche is a property of the ecosystem as a whole", suggesting that we move beyond the notion that "one's mind is nothing other than the body itself".*

A Conversant World. Or as writer Alice Walker has often said, "the Universe responds."

So the story I would like to tell today concerns one of my 5 favorite writers, a woman whose visionary books, most significantly SHIKASTA, has informed and inspired me since the mid '70's, Doris Lessing. The excerpt above is from her 2007 Nobel Prize in Literature speech, which she received at the age of 88. The visual is her personal note and autograph, found on the back cover of a paperback I found lying on the sidewalk at my feet, a pile of discarded books just a few blocks from where I live in downtown Tucson, Arizona. To me, it's a talisman - infused with energy from the living hand of this prolific and visionary writer, whose long and enduring gift she has never failed.

I've been very depressed this winter, which led me to go into therapy to tell and reveal to myself, some of the stories of my personal life, and hopefully untangle them so I can move through the bardo of transition I've been mired in. I do not like the cynicism and bitterness that post-menopausally "haunts" me.......the Habit of Loving is the discipline from which creativity arises, and without it's hopeful window, the river dries up. I've been blessed to find a wise counselor to listen to me. And in the "unmasking process" (as she puts it) I've often felt like a ghost within the "legend" of my former self.......therapy is rather a painful process! And I've had plenty of doubts as to whether being an artist matters anymore.


So when I found"The Habit of Loving" at my feet while strolling down a residential street near where I live I picked it up with pleasure. To find a personal autograph on the inside (dated 1982) by the author........is pure magic. Personal magic - because if it was by Stephen King, or any of the thousands of authors I don't know or don't care about, it wouldn't mean a thing to me. But this is a talisman, as if, in some wonderful way, a creative spark was passed on to me from someone I tremendously admire. And a reminder to not only respect, but CHERISH the gifts of creativity and expression we're given. It's too easy to forget - they are high privilege. 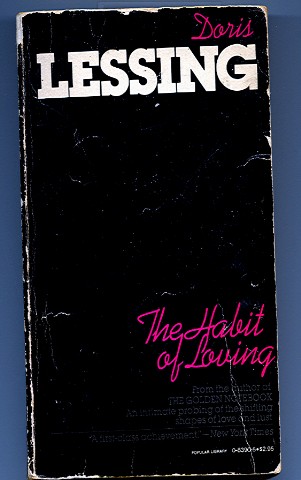 I think it is that girl and the women who were talking about books and an education when they had not eaten for three days, that may yet define us.

*"The Perceptual Implications of Gaia", David Abram, THE ECOLOGIST (1985)

I'd like to introduce Kathleen Jenks wonderful Mything Links site, and I'm touched that she chose to open her Spring Equinox page with one of my favorite poems, based upon the Celtic Goddess the Morrigan, bringer of Justice.

True justice has to be circular and gestalt: founded on the empathy that arises from experiencing "both sides now".

Posted by Lauren Raine at 1:23 PM No comments: 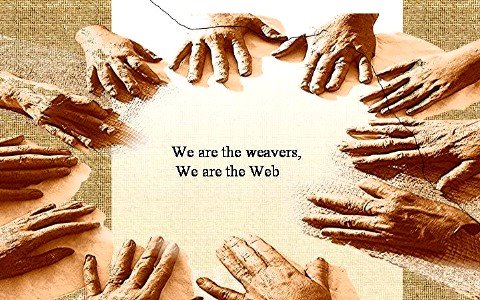 “What might we see, how might we act, if we saw with a “webbed vision“?.....The world seen through a web…as delicate as spider’s silk, yet strong enough to hang a bridge on.”

Catherine Keller, FROM A BROKEN WEB

As the juices of spring flow (and it's well into high spring here in the desert), and the psychic juices of months of therapy also seem to be flowing in my psyche, I've been noticing a lot of syncronicities lately.


(I have many times noticed that syncronicities follow the threads whorls and weavings of my thoughts and imaginative processes. If one can understand that dreams are a conversation with the inner self by means of symbols that interact, then why can't syncronicities reflect the symbolic conversation World is having with us.......or perhaps we're having with World? )


I've been thinking about PENELOPE - the myth, its origins, and origins of the name itself. I've been reading the 1989 book "From a Broken Web" by theologian Catherine Keller. What struck me particularly are her reflections (as the quote above) on what kind of world we might co-create with if we could truly re-claim or truly internalize a new universal vision of a paradigm of interconnection. If we could see the world, as she put it, with a "Webbed Vision". She derives this concept from her analysis of mythologies about Spiders and Weavers, including Penelope, who wove and unwove a shroud every night as she waited for the return of her husband Odysseus.

The name, "Penelope" actually means, in Greek, something like "with a Web on her face". Here's what I opened to in the Tucson Weekly's Theatre Section this morning, while still bleary-eyed over coffee: 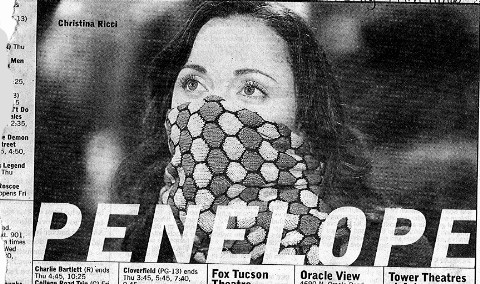 The movie showing in Tucson theatres has nothing to do with the Odyssey, or weaving (it's a charming film about a woman with a pig's snout and a curse she has to resolve) - but following the threads of my thoughts about Penelope, suddenly there she was, with a kind of web over her face, looking up at me from my newspaper. I love it.

Here's what Wikipedia has to say about Penelope:

In Homer's Odyssey, Penélopê (Πηνελόπη) is the faithful wife of Odysseus, who keeps her suitors at bay in his long absence and is rejoined with him at last. Her name[1] is usually understood to combine the Greek word for web or woof (πηνη / pene) and the word for eye or face (ωψ / ōps), very appropriate for a weaver of cunning whose motivation is hard to decipher.[2] Until recent readings, her name has been associated with faithfulness,[3] but the most recent readings offer a more ambiguous interpretation.

Ambiguous interpretation indeed. It seems fairly clear that here is a much earlier Goddess. The Weaver who "sees through a web". Another variation, for me, on Spider Woman - the Fate, with her 12 maids. The 12 maids are interesting too - perhaps, as I'm sure many have speculated before me, is the magical Goddess number 13 (representing 13 lunations of the year, 13 menstual cycles, the very number that became so "unlucky" in later patriarchal myth spinning). Bythis same re-mything process, Penelope became gradually diminished in the Odyssey, becoming the faithful wife, waiting for her adventuring husband (he was kind of the last word n the "hero's journey") to come home. And when he does, after eliminating the suitors who have been infringing upon his kingdom, he hangs Penelope's 12 maids as well, (for having been seduced or raped by the various suitors).

A much earlier Goddess, an earlier paradigm of the Web and the Sacred Feminine. Perhaps, at last, Penelope, weaving her Spider Web, reveals another transparent thread, an ancient myth that winks at me, at least, from my morning paper.

Margaret Atwood, the Canadian novelist, poet, and feminist wit, had a few things to say about the Odyssey recently - from the point of view of Penelope - in her 2005 novel

I loved the book, would love to have seen it on stage as well - apparently, complete with the 12 hanged maids as Greek Chorus.
Posted by Lauren Raine at 9:38 AM No comments: