"Collaborators" Mosaic for the Clay Coop 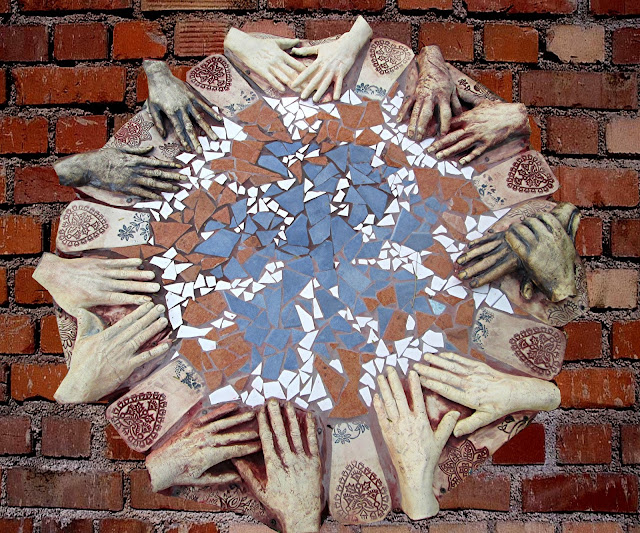 Hands of the faculty at the Tucson Clay Co-op, where I'm currently teaching a class.  We came up with this as a statement for the times and the philosophy of the Co-op, but also as a potential arts project that could be done easily with student groups of all kinds, casting hands and making a simple mosaic.

So we'll see where this goes!  I always seem to love the Circle of Hands motif, Spiderwoman's Hands, weaving the world together.  Or in this case, piecing it together, all the broken shards made into Beauty.
Posted by Lauren Raine at 10:45 AM 1 comment:

The New Story - from the Findhorn Community

“While the traditional origin and journey stories are needed, none of them
can provide the encompassing context such as is available in this new story.” 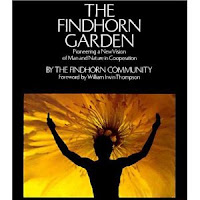 The Findhorn Community is one of the great Ecovillages teaching sustainability and true Relationship with the Earth.  There are others, quite a few others, seeds of what is to come, although we rarely if ever hear about them in the popular media.  As the G.O.P. shamefully proposes to remove the Environmental Protection Agency, and denies climate change.......it is important to find sources of hope for our planet, and our children.  Here's a movie the Findhorn Community made, a movie about how we are, and can, weave together a New Story about how to live and be on our beautiful Mother Earth, and as we tell the "new stories", it is my hope and prayer that the hate and ignorance and greed ends before it is too late.

to see the whole movie:  http://newstoryhub.com/film/watch/ 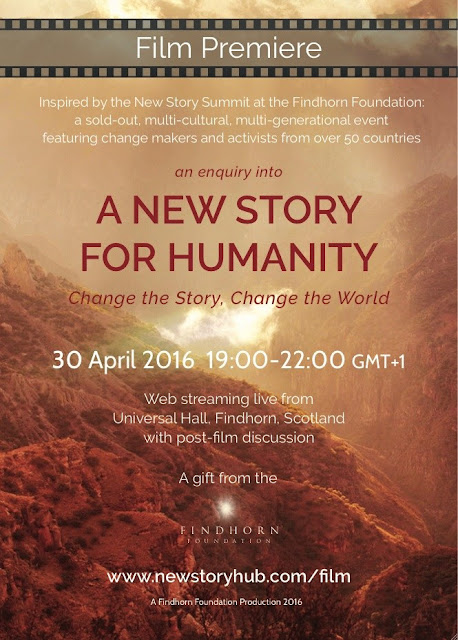 From the Introduction to the New Story Hub:

"For people, generally, their story of the universe and the human role in the universe is their primary source of intelligibility and value. The deepest crises experienced by any society are those moments of change when the story becomes inadequate for meeting the survival demands of a present situation".......................Thomas Berry, Dream of the Earth

We humans find our way by story. Our stories shape us, hold us and give meaning to our lives. Every so often it becomes clear that a prevailing story is no longer serving. Now is such a time. Humanity needs a new, inspiring picture of the future to live into.
This website is designed to support the emergence of a coherent new story for humanity and the production of practical, collaborative ways to live this new story.
We invite you to help us accelerate our collective understanding of what the ‘world in waiting’ holds for us, what is already emerging and what needs to change, both in us and in the human story.
As a first step in this journey already begun by others, the Findhorn Foundation gifted to the world the New Story Summit: Inspiring Pathways for our Planetary Future, which was held from 27 September to 3 October 2014, a gift economy gathering of the human family to experience planetary community, draw on our collective intelligence and co-create a story to inspire us all.
The Summit was more than full so we know there is huge support and longing for a new way to live together – a way which honours ancient wisdom and the interconnected whole living system of which we, the Earth and the cosmos are all part. It’s all connected and we are all accountable. To find out more, visit our Summit page.  This online hub will continue to be just that – a hub for people from all over the world to meet, engage, collaborate, share information, dream, synergise and inspire each other to live a new story.
If you would like to join this wave of collaborative action to shift consciousness and build on the threads of a new story already being lived and experimented with, you are very welcome. We invite your engagement, transparency, trust, compassion, innovation, entrepreneurship and generosity of spirit. 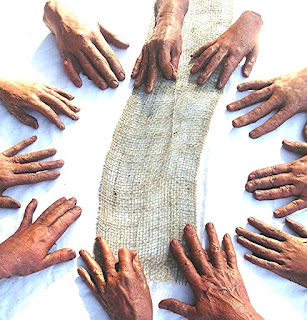 
"When I began this work, someone asked me, Joanna why are you doing this? I thought I was doing it to make us more effective, working for global peace and justice, that we were doing the work to be better agents of change.  But when I was asked that, the answer came right from my solar plexus: I'm doing this work so that when things fall apart, we will not turn on each other.  So I think that's the biggest challenge now. The powers that momentarily have gained ascendance in our culture know how to manipulate our fears very well. They know how to try to turn us against each other. So a big challenge is to not buy into that, and to be able to look at each other with trust, saying, "Here is a brother or sister, brought by the intelligence of Earth, to be alive at this moment, then this person can also deep within them have a care that life can go on." 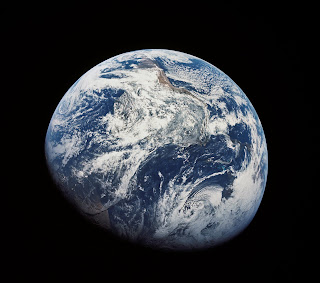 Learning to See in the Dark Amid Catastrophe:  An Interview With Deep Ecologist Joanna Macy
February 13, 2017
By Dahr Jamail, Truthout | Interview
http://www.truth-out.org/news/item/39448-learning-to-see-in-the-dark-amid-catastrophe-an-interview-with-deep-ecologist-joanna-macy?key=0 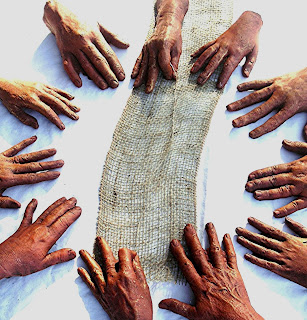 Eco-philosopher Joanna Macy, Ph.D., is a scholar of Buddhism, general systems theory and deep ecology. A respected voice in the movements for peace, justice and ecology, she interweaves her scholarship with five decades of activism. As the root teacher of the Work That Reconnects, she has created a ground-breaking theoretical framework for personal and social change, as well as a powerful workshop methodology for its application.
Posted by Lauren Raine at 8:16 AM No comments:

The Return of the Black Madonna by Matthew Fox


Posted by Lauren Raine at 6:36 AM No comments: