"The Treason of the Artist" - Reflections on Beauty in Art 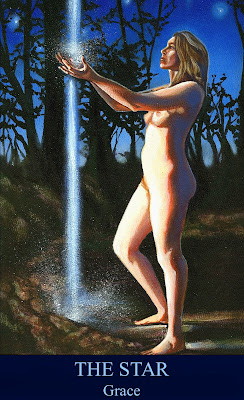 “The trouble is that we have a bad habit, encouraged by pendants and sophisticates, of considering happiness as something rather stupid. Only pain is intellectual,  only evil interesting.  This is the treason of the artist: a refusal to admit the banality of evil and the terrible boredom of pain.”

Ursula Le Guin  “The Ones Who Walk Away From Omelas.”

One of the things I do is review  art sites for residencies, for which I apply and usually pay a hefty application fee as well.  At a prestigious art center in North Carolina I saw a listing recently.  As part of their application process they posed a  question for potential residents to answer, presumably setting the  ground for "discourse" for artists to pursue  in the course of their time there as they educate, create,  inspire and pollinate the local community (which is generally the idea of a resident artist).

“This artist-in-residence will address whether the concept of beauty gets lost in the issues-based or medium-focused practice of contemporary art.  Does beauty still  have a place in creative expression? Is the contemporary definition of beauty different from classical beauty?

Is beauty relevant? Who cares?“

In Tom Wolfe's famous  critique of contemporary art of the 70's  The  Painted Word  he  argued that art was become literature, more a media creation of art critics than the artists themselves, who were (and still are) generally floundering about at the edges of society seeking any kind of identity, even one invented for them by critics.  (In the 80's, after graduate school, I went all over the country interviewing artists myself, trying to understand what the early  or spiritual roots of art might be.)

In his introduction, Wolfe wrote that  he began his book by  settling into a Sunday morning with the  New York times like sinking into a familiar warm bath.  Then he encountered a paragraph in the Arts section that shocked him awake -  as he put it, a "satori flash".

Such was my reaction to this question.

“Does beauty still have a place in creative expression?”

Let’s have that one again:

And there it was again, the same reality-turned-on-its-ears aesthetic that inspired me to  run into the  woods and around the country after finishing graduate school.  The same artspeak hyper-intellectual  "what was that?" that still causes me to avoid Art In America and anything with a "Biennial" after the title as if I could catch the measles.   But this time I think I will face my fear head on.


"They argue that what audiences deserve from any sensitive visionary is an assault on the senses that will degrade,  humiliate, and finally awaken the supreme aesthetic experience offered to the Western world through art - namely guilt.  But guilt is exactly the out we must not cop to if we are to survive."


Pierre Delattre, Beauty and the Aesthetics of Survival

What then is  Beauty?  Thomas Aquinas saw beauty as having three properties:  integrity, proportion, and last, "the clarity and radiance of being."

The clarity and radiance of the life force, of nature, and of the human spirit participating within that brilliance.

That which inspires us to preserve, protect, those moments that we remember.  Beauty thus can be understood to mean so many experiences that arise from the "radiance of Being" - grace,  serenity,  empathy, color, symmetry, tenderness, the imaginative synapse that can occur between lines of a poem, joining the poet and reader in a dimension of the imagination.  The awe of a storm clad sky advancing across the prairie, the bell-like call of a morning lark, the profound pathos of an exhasusted mother's face at childbirth, the wonder of a night-blooming Cereus opening at dusk, the brilliant play of color captured  by a John Singer Sargeant, or the moving symbolic imagery of a Frieda Kahlo.

If not beauty, what is "relevant" to "creative expression"?   If we eliminate beauty from creativity, what are we  left with that is not "beautiful" but somehow more important?

Politics. Guilt leading to despair and being called "realism".    Art that occurs by accident, made without intention.  Expressions and cries of pain (but never ecstasy).  Art that grieves and rages and shocks.

In fact, in a world that seems to be endlessly absorbed with a kind of adolescent rebellion complex, "shock" seems to be de rigour.

I am not saying that these aspects of creativity are not valid or should be censored.  But I am saying that there is a prejudice to beauty in our world  that is almost an anti-aesthetic.  An aesthetic that  celebrates the qualities that are in opposition to "beauty" leaves the viewer with    violent, nihilistic,  meaningless, dark, stinking, shocking, ridiculing, inhumane,  disgusting, intentionally incomprehensible.........and so on.

In 1987, when I finished my MFA, the word "beautiful"   was a embarrassing  concept in the art world, a word that those in the fine arts world of academia avoided as  cliched, reactionary, irrelevant. Apparently it still is.    Students were taught to emulate their teachers in achieving artistic statements and bodies of work  that held  "depth".

In graduate school I remember one student who entered the MFA program a talented  realist painter.  By the time she had her MFA show, her work was large white and black canvases, blank except for a few gestural marks and an occasional word, buried in the field of the canvas such that it could not actually be read, just suggested.   Certainly, I guess it could be said, her new work left a whole lot more to the imagination.  Another student spent the entire program in the morgue, drawing corpses, some in the process of dissection.  And another finished the program with huge wall pieces that were composed of the bones and dried skins of dead animals (horses in particular) that she found in the desert.

I am not saying that these works were without value, or  power,  because they were hard to look at, disturbing, or seemingly incomprehensible without their written  narratives (which also can sometimes seem incomprehensible).  But I am saying (and 30 years later I still feel politically incorrect in doing so) that these choices of works and subjects by young people beginning their careers reflects an aesthetic they were encouraged to pursue over others.

I was busy painting Goddesses, and no one knew what to make of me.   Somehow I squeaked through the program, finding at least one feminist art historian who liked them.

I remember my own "ah ha" during a painting critique.  Up for discussion was the work of two students, both equally competent painters.  This was the height of New Age, and one body of work was about ecstatic visions the artist was having, visions of flying, being infused with light, and heart imagery.  The other body of work was painted in dark colors, and was full of disturbing sexual imagery -  vagina dentata, and  a tree with bloody dismembered penises.

Virtually all the class, and particularly the teacher, found the later work "powerful".  And virtually all the class, as well as the teacher, found the former body of work "illustration" and "sci-fi".  (In the fine  art world, to call a painting  "illustration" is perhaps one of the highest insults.)  Since I loved the first artists paintings, I wanted to know why no one else seemed to think they could be taken seriously.  Was it the colors, style, technique?  No, and no.  Finally, it turned out that it was the content that could not be taken seriously.

That set me to wondering about many things, and set me on a course to discover other, perhaps earlier, purposes of art and the creative process.  It was my privilege, in the late 1980's, to share conversations about art, spirituality, and cultural transformation with some extraordinary artists, travelling across the country to meet many of them.   I realize  now I was really trying to understand my own reasons for making art.

But that's another story.

Below is a traditional Navajo  prayer  I sometimes read as a way of understanding how to "walk" in the world.  The Navajo celebrate, with the  turning directions, the  continual motion and transformation of life.  From the "house of Dawn" to the "house of Twilight" we can choose to realize beauty all around us, and their  understanding of "beauty" means all that is good, beneficial, worthy of gratitude.

Thank you for dissecting the ugly elephant in the room!