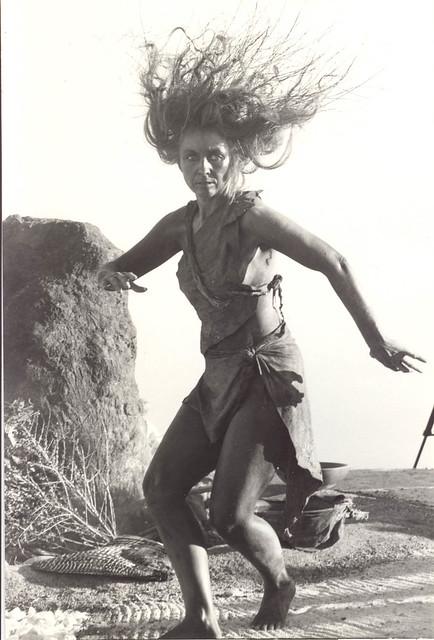 Many years ago I saw Vijali Hamilton become GAIA, as she began her "World Wheel" project, a series of artworks she co-created around the world with many people.  She has been weaving the World Wheels for over 30 years now, and has founded the World Wheel Center near Santa Fe, New Mexico. 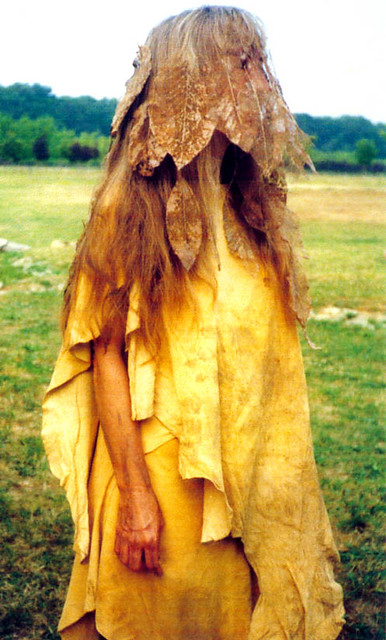 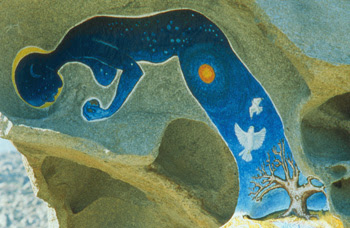 I just felt like sharing her work here. Perhaps one of my favorite points on her first Wheel was when she went to India, where she met a group of Baul musicians, and ended up staying in their village, and creating with them.

Here's what she had to say about it:

"In West Bengal, India, I fell in love with a group of destitute Baul folk musicians who were singing for money on the train. I kept giving them coins to stay in my compartment and eventually they invited me to their village.

They were as generous as they were poor. When the villagers heard that a guest had arrived, they spread a mat under a tree for me. Women brought spiced tea, and the children of the village put jasmine garlands around my neck and danced and sang. A full moon appeared and the night sky shimmered with stars. It was one of the most beautiful evenings of my life.

I asked them the three questions I ask in every country. They answered, "We come from the womb of our mother. We really come from the mother who is the Earth. We are part of the Great Goddess. Our essence is the Great Kali." I also asked, "What is the imbalance in your lives and in your village?" They replied: "We are exhausted and under strain all the time because we have to go out and wander so we can make money. When we come back, we don't always have enough money and food for our families." And my third question, what could heal their problem? They answered, "To really love our singing and not worry about the future. Just to keep on doing what we are doing, but give up anxiety and be God conscious every moment of our day."

They found a hut for me and I moved into the village. I became aware that the tribal village was made up of mixed castes. I kept imagining them all sitting down in one circle. Finally I saw what was needed - a communal house, a commons where they could come together, practice and perform their music, have their own pujas (ceremonies), and hold school for their children. This is how I came to build the Mandala House in the village.

At first the Bauls just watched. According to the caste system they only sing, they don't do any physical work. But as I, their honored guest, worked with the low castes in the mud, someone came to help. Then his brother came, then the father, and pretty soon someone else in the village would stop and say, "Oh, my goodness, you don't do it that way; here, let me show you." And they would help. That's how it happened."

Your sharing continually broadens and enriches my existance. Thankyou.

Just love this post.The depth of your knowledge about this subject is astonishing.

Thanks to you Gail and MacGregors. I wish we could all have tea........well, maybe someday!

I really enjoyed this story.
I also love the Bauls. :-)
Vijali is an fierce & awesome Gaia.