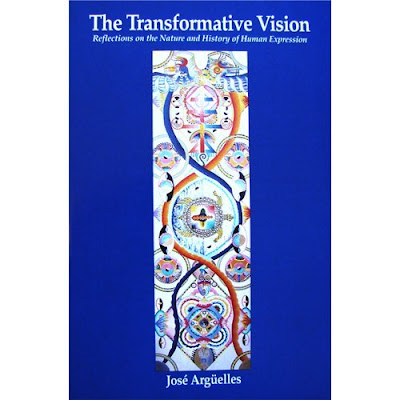 I was sorry to hear that Jose Arguelles died on March 23.  He was truly a visionary leader, and a cultural creative.  He was best known for his interpretation of Mayan prophecies, most significantly the "2012"  prophecy, and the Harmonic Convergence of 1987.
But for me he was  a guide as I began my life as an artist, helping me to navigate the awful cynicism and materialism of the art world, and to understand the significance of  art and human expression  as mysticism, healing, shamanism, and prophecy with his 1975 book THE TRANSFORMATIVE VISION - Reflections on the Nature of Human Expression, written when he was a professor of art history in San Francisco, and at the height of the Bay Area Visionary Art movement. In the 1980's he inspired the Transformative Art movement. 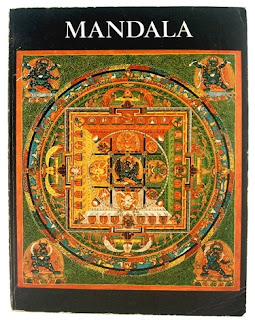 His 1972 book  MANDALA, which included his work and was co-written with his wife Mirium, was also a profound inspiration.
He also co-founded the Planet Art Network (PAN)  in 1983 as a worldwide peace organization engaging in art and spirituality. Active in over 90 countries,  "PAN upholds the Nicholas Roerich Peace Pact and Banner of Peace, symbolizing "Peace Through Culture".  The Planet Art Network  upholds the slogan "Time is Art", suggesting that time is a vehicle for our creative experience, instead of the familiar saying "Time is Money".*"
Thank you, Jose Arguelles, for giving so much vision to the world, and to me. 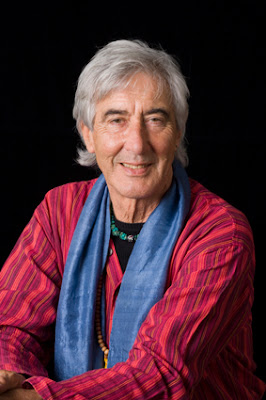 *Wikipedia
Posted by Lauren Raine at 9:59 AM

A lovely rememberance and thanks for the references to the books. I have been deeply into Mandala energy this past year and will read his book. Keep the information coming, I appreciate what you do! Gail

Thanks Gail........although I began blogging because I love to journal for my own information, it's been really great to encounter others through the generosity of Blogger.