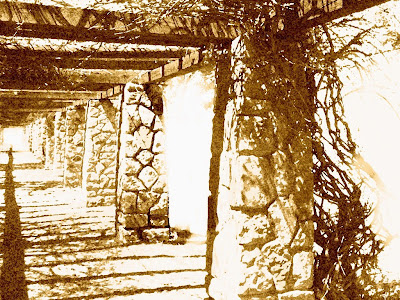 BE in me as the eternal moods
of the bleak wind, and not
As transient things are—gaiety of flowers.
Have me in the strong loneliness
of sunless cliffs
And of gray waters.
Let the gods speak softly of us
In days hereafter,
the shadowy flowers of Orcus
Remember thee.

If only, when harbored
among debris, littered confusion,
we throw angry words like stones
at each other,

or walk away
the last snapshot for memory

a defiant, sullen back
or a careless kiss dockside,
hurried and heedless

if only, if only
at such partings,
we could know them
for what they are:

Goodbyes that last a lifetime.

I would have asked you
to set me adrift with love.

To fill my yellow sails
with your blessing
as I blow mine into yours. 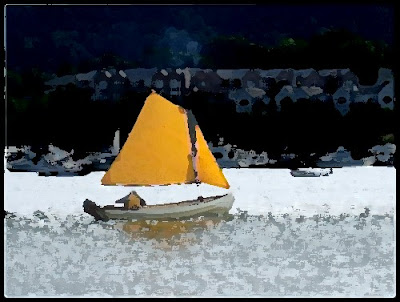 Horse Latititudes is an odd title. Where did it come from? The message is so true.

Well, I don't really know where the title popped out from......it's a sad idea, actually. Here's from Wikipedia:

"the term may originate from when the Spanish transported horses by ship to their colonies in the West Indies. Ships often became becalmed in mid-ocean in this latitude, thus severely prolonging the voyage; the resulting water shortages made it impossible for the crew to keep the horses alive, and they would throw the dead or dying animals overboard."

Beautiful poems Lauren. Thanks for popping in over by Cabernet it was nice of you to leave a comment.

Thanks Cole for your inspiration!

Gorgeous poems. Way in the back of my mind, I vaguely recall a book from years ago called Horse Latitudes. A novel. Your poem is far superior to the novel!