Follow Up on International Conference on Women and Climate Change 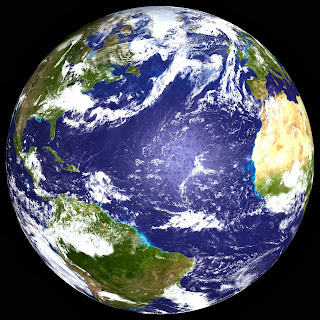 ‘The World Will Be Saved By The Western Woman’

Women Form an  Unprecedented Alliance,  Declaration and Action Agenda to Take on Climate Change and Promote Sustainability Solutions  in  New York— Unlikely partnerships, meaningful policy, reaching beyond the choir, gender equality and a commitment to bold action were all on the agenda as 100+ women from around the world gathered in New York for three days of dialogue and deliberation at the International Women’s Earth and Climate Summit.   Emerging from the gathering, a burgeoning collaborative of organizations with a combined reach of 33 million women and men is now poised to become a major force in the climate and sustainability movements.

From indigenous leaders to former heads of state, from scientists to pioneers in fields of renewable energy, business and policy, the Summit was a who’s who of women leaders from the Global South and the Global North. This diverse cohort of delegates found unity around a ‘Declaration Statement for Urgent Action on Climate Change and Sustainability Solutions’ and laid the foundation for a Women’s Climate Action Agenda to be finalized in the coming weeks. The Agenda builds upon the core concepts of the Rights of Women, the Rights of Indigenous Peoples, the Rights of Nature, and the Rights of Future Generations, addressing issues ranging from the protection of oceans and fresh water to divestment from fossil fuels and putting a high price on carbon. See the full text of the Declaration here: http://www.iweci.org/uploads/cke_documents/IWECI_declaration_FA.pdf

“Women have the knowledge to create the change we know the world needs. We are framing our own powerful Women’s Climate Action Agenda, working beyond the United Nations and other policy structures to reach new constituencies committed to protecting the earth and future generations,” said Osprey Orielle Lake, Co-Founder. “Women are gathering in great numbers with an unstoppable resolve, because what’s happening at the international policy level on climate change is not equivalent to the urgency we are facing,” said Sally A. Ranney, Co-Founder of the IWECI.

“We are putting the world on notice: no more delays.  Violence against the earth and future generations is no longer tolerable: It’s time to stop the chemical warfare against nature,” Ranney said. “We represent a constituency of 33 million women and men, already mobilized and ready to take action. We vote, we march, we petition, we have purchasing power. We will be heard and we will make change, so that future generations can have a livable planet,” Ranney added. “Our Summit delegates included accomplished leaders in their fields who, though lesser known outside of their home countries, are major figures who rarely have the opportunity to converse together at this level. The result is an unprecedented collaboration, representing 33 million women and men around the world that are fiercely dedicated to a just transition to a clean energy future and to transforming how we are living with the earth and each other,” Lake added. The IWECI Summit occurred at a critical juncture in the debate over addressing climate change, with Climate Week and the United Nations General Assembly sessions in New York, and as the Intergovernmental Panel on Climate Change (IPCC) prepares to release its much anticipated 5th Assessment Report.

Summit delegates committed to building momentum for substantive action on, increased funding for and the meaningful policy changes necessary to address the global climate crisis. Ranging from small regional groups to large organizations with constituencies of hundreds of thousands, the combined reach of Summit collaborators represents a substantial boost to civil society movements mobilizing around climate change with a commitment to gender equity. In addition to the Declaration, Summit delegates took their first collective action yesterday, committing to a Women’s Global Day of Action on Climate in 2014. Additionally delegates signed a letter to US President Barack Obama urging him to reject the Keystone XL Pipeline (http://tarsandssolutions.org/member-blogs/global-women-leaders-send-president-obama-a-clear-message), an appeal to United Nations and World Bank officials to reject REDD (Reducing Emissions from Deforestation and Forest Degradation) http://no-redd.com/oppose-redd/, and calling on Ecuadorian leaders to protect the Yasuni National Park and uphold its Rights of Nature provisions (see www.amazonwatch.org). Over the coming weeks Summit delegates will finalize the Women’s Climate Action Agenda and plan for collective actions in 2014.

Our goal is to stop the escalation of climate change and environmental and community degradation, while accelerating the implementation of sustainability solutions through women’s empowerment, partnerships, hands-on trainings, advocacy campaigns, and political, economic, social and environmental action.