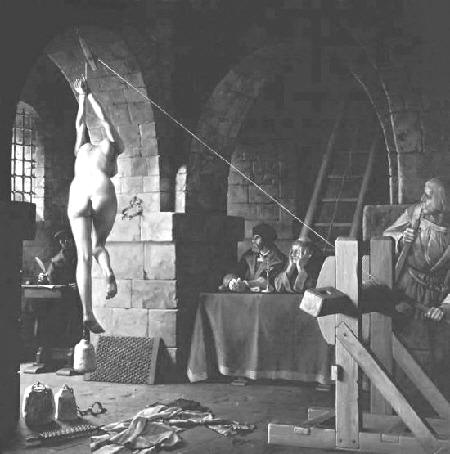 THE GODDESS REMEMBERED is a beautifully crafted documentary directed by Donna Read and produced by the Canadian Film Board, an in-depth look at Goddess religions in prehistory, the evolution of contemporary Goddess spirituality, and "The  Burning Times", the witch-hunt hysteria that swept through Europe during the Inquisition. Goddess Remembered features Merlin Stone, Carol Christ, Luisah Teish, Starhawk, Charlene Spretnak, and Jean Bolen, who link the loss of goddess-centred societies with today's environmental crisis. They propose a return to the belief in an interconnected life system, with respect for the earth and the female, as fundamental to our survival. Goddess Remembered is the first part of a three part series which includes The Burning Times and Full Circle.  1989.


This excerpt is from "The Burning Times", and talks about the massive torture and burnings that were the ultimate in misogyny and sexual repression represented by the Catholic Church.  If one wonders where the "war on women" going on in Congress right now comes from, here's one of the precedents.   It is estimated that as many as 10 million people, all most all of them  women,  were murdered in this time, ironically, the same period when the Renaissance was flowering in Italy.  As early as 1450, and before,  witch hunts took place in Europe. In some villages virtually all the females, from grandmothers to small girls, were exteminated - an example is the village of  Lagendorf, Germany,  in 1492 (when America was being "discovered") all but two women were accused of witchcraft and destroyed.  Just  imagine that:  an entire village with all of its mothers, daughters, grandmothers, and event female infants destroyed.

Thanks for the info.