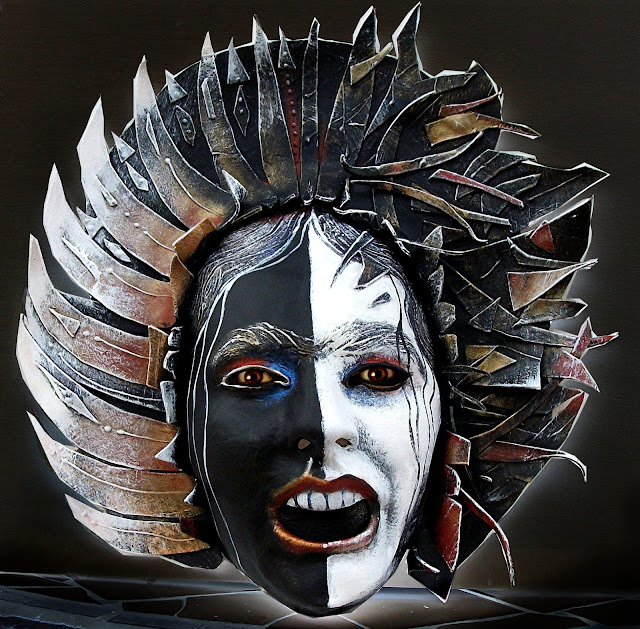 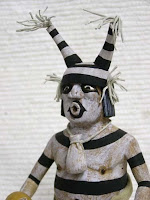 I have always been fascinated with the concept of the "Sacred Clown".  Among the Lakota they were called Heyokas, clown priests.  Sacred clowns are found among the Pueblo peoples as well, for example the black and white striped clowns of the Zuni, or the Hopi.  It's said that even at the most serious and important of rituals, the Clowns, and only the Clowns, may do whatever the spirit moves them to do, which can include making rude noises, pinching bottoms, or appearing anything but reverent.

When I organized ritual events and ritual theatre, along with calling the quarters and making a Sacred Entranceway, I always had Sacred Clowns.  And just like the Heyokas, they could do what they wished in the course of the otherwise scripted ritual.  Because they are those liminal ones, the ones that circle the periphery, they are possessed by that  aspect of life that is mutable and changing, and thus is beyond the pairs of opposites.  Heyoka is the chaos from which order and form come, and to which they can and will ultimately return,  Perhaps the only appropriate expression is humor.


Heyoka is the hilarious  laughter beyond the seemingly serious procession of life............ 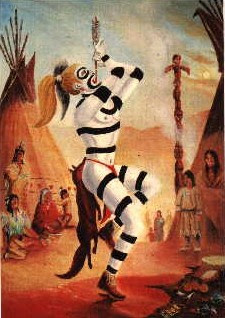 "Sometimes we encounter Heyokah the Trickster Teacher on the Sacred Path. This contrary clown is a Spiritual Counselor to us humans who teaches us through laughter and opposites. Heyokah will make you wonder if what you are doing or saying is actually correct, which will then make you think and figure it out for yourself. When the Trickster Teacher gets you to look at the beliefs you use as a crutch on your own, you might find the crutch breaks and you land on the ground on your rear end. Heyokah has taught you a lesson! If the opposite happens and the crutch stands firm and holds you up, you have gained a Knowing System for your life.

Many tribal traditions have Trickster Teachers who dress in costume for Ceremony and wear regular clothing in their daily life. The Plains Indians called their Divine Trickster, Heyokah. The Hopi and Pueblo called him Koshario. Their jokes do not stop, however as they are teachers. All Heyokahs operate through opposites. These trickster teachers impart their wisdom to seekers in the exact opposite of how we might try to find the answers ourselves. The laughter that results is usually a lesson for the entire community.

Heyokah is known for creating lessons at the expense of another’s seriousness. This will break the bonds that destroy balance in our lives. The Trickster Teacher will not create a lesson of laughter that would harm the soul of the seeker. He will see this insecurity and turn to laughter toward himself, knowing the seeker will still get the message.  In Native traditions no one would have found offense if this Spiritual Counselor used them for a lesson.  In fact, most would have felt quite honored to have Heyokah play a trick on them. Anyone seeing the prank or talking about it later would also grow from the lesson." 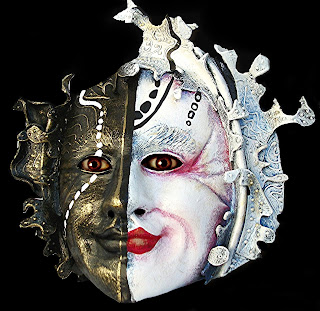 Wow, these masks are stunning!!