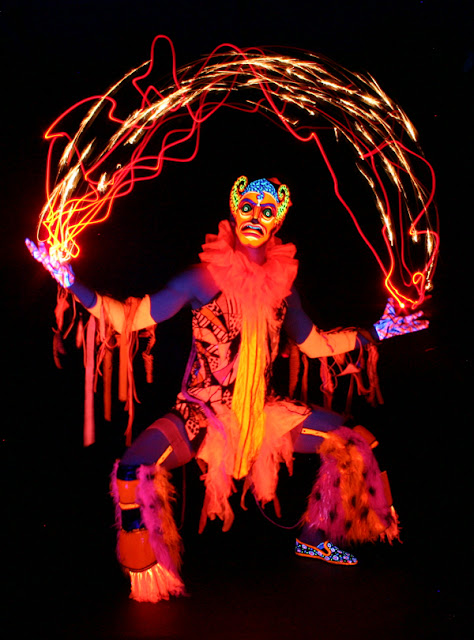 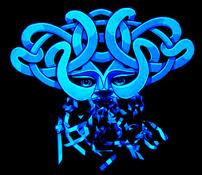 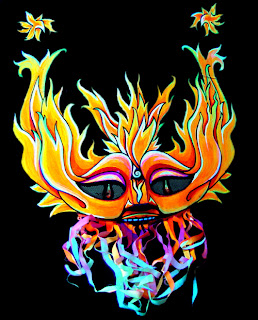 Here's a feast for the eyes and imagination!   Archedream for Humankind is a black light mask dance  theater company that seeks to evoke “archetypes”.  The Philadelphia-based group has performed in internationally, although I was fortunate to see them perform at Starwood Festival in New York in 2008. 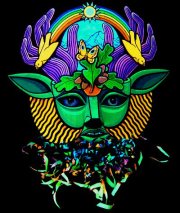 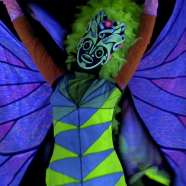 The troupe was founded by South African native Alan Bell. Growing up in the age of apartheid, he resolved to find an art form that would unify the racially divided audience. In the 70's he fled to Amsterdam where he discovered the power of the tradition of mask theater to convey universal truths in a dreamlike way. 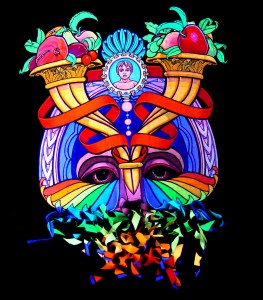 "By combining the bold subtleties of mask theatre with the medium of black light, Alan has discovered a method to bridge his African roots and inherited European and American culture to create archetypal theatre that transforms by relieving audiences of suppressed feelings that is at the root of our alienation from one another."

In 2000, Alan and Glenn Weikert, a  multimedia artist, founded ArcheDream For Humankind  in Philadelphia.  UV light accentuates the supernatural aspect of its performance. 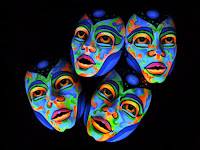 "ArcheDream uses archetypal characters that perform allegories, or dreams, to personify vital issues pertaining to our lives. Psychologically speaking, an archetype is a primordial mental image inherited by all. For example, personifications of Anger, Death, Love,War and Peace all play their part in our visions of life.

ArcheDream’s costumes are illuminated with ultra-violet light, which accentuates the supernatural aspect and reveals the dream scape as the action unfolds." 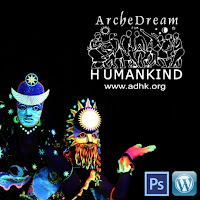 Wow. These are just stunning.