This morning I went to my mother's house to prepare her breakfast, and beside the door, on a "cat rug", was a strange looking fat green thing, curled into a little spiral. At first I thought it was a bit of plastic the cat had dragged home, but then it moved! Keep in mind that I live in Southern Arizona, where it is currently about 102 degrees, and there are very few leafy trees. I've never seen a caterpillar like this here, although obviously they must be  around.

I put it on a potted plant, the only thing I could find it might like to eat, although, sadly, the poor thing looks none too well for its encounter with a cat.

Can't get over the fact that just yesterday I was writing about, and reading about, "The Chrysalis Effect" by sociologist and visionary Phillip Slater in my previous post!


Here's from the Harvard Magazine Review of Slater's last book (he died in 2009).  It is ultimately a hopeful book, a visionary book, from the premiere American sociologist who wrote The Pursuit of Loneliness: America's Discontent and the Search for a New Democratic Ideal   so many years ago, pointing out the continuing drift toward isolationism, distrust, and loss of community in American culture in the early 1970's.

"Always adept at spotting patterns before others notice them, Slater here describes cultural styles that play out on a macroscopic, Toynbee-like level, while stitching these massive systems closely to the facts of daily life.  Many of today’s jarring dislocations, he asserts, stem from the clash between the ancient system of control culture and a newer pattern: integrative culture. “Incivility and chaos arise when an old system is breaking down and a new one hasn’t yet fully taken hold,” he writes. The “chrysalis” of the title refers to the transitional state between one life form and the successor that grows out of it.

The ethos of control culture has dominated human societies for millennia, Slater writes, ever since the advent of agriculture: it embraces “a static vision of the universe, a deep dependence on authoritarian rule, a conviction that order was something that had to be imposed, and a preoccupation with combat.” Integrative culture, in contrast, breaks down mental walls and boundaries and celebrates interdependence. “It has a dynamic vision of the universe, a democratic ethos, and sees order as something that evolves, as it does in Nature, from spontaneous interaction.” 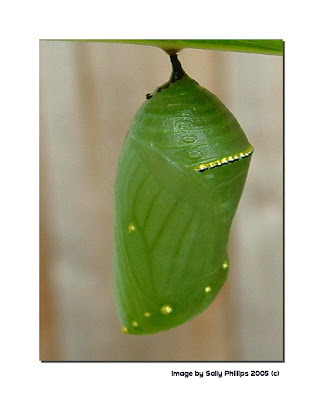 It was suggested that I consider what this synchronicity might mean symbolically.  Caterpillars represent, to me, what we are as a global humanity, adolescent, trying to mature, to transform, to become winged creatures. We're presently, like a caterpillar on a leaf, mindlessly gobbling up our world, eating up everything in sight. We confront the "imaginal cell" time, the time when what we as a common humanity are about to become deconstructed.  The hopeful thought is that there is an impulse, a greater force, within our collective instinct that will lead us into, like the force that drives the caterpillar, to the  Chrysalis, the "imaginal" stage. So that we might become, at last, become beautiful Pollinators.......such is my hope. 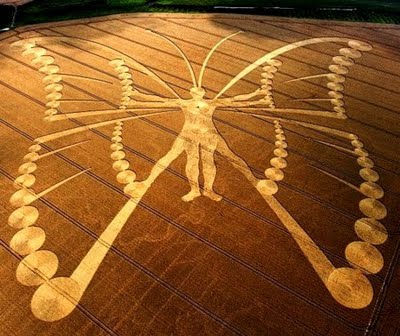 Nice one!!
What do caterpillars mean to you esoterically??

I'll tell you something. I'm currently writing a post which is about a curious coincidence that I encountered myself, just a couple of days ago, which involved... a green drgaon.

This is the very one:
http://lh3.ggpht.com/_zI6sJryPv0s/TJYYEd9fTkI/AAAAAAAAC90/vjn729diQGA/s640/green-dragon.jpg

And I must say that your caterpillar looks to me just like a green dragon. I must have green dragons on the brain.

Perhaps my own coincidence is more involved than I thought it was.

Wow, what a wonderful green dragon! I'll look forward to reading the post. Was it Brian Swimme who wrote "The Universe is a Green Dragon"?

Thanks for your question, Trish and Rob. I think I should go back into this post to respond...........like a potent dream, a potent synchronicity needs "analysis", and I have been remiss. So I'll add a ps to the current post!

I think, too, we fidget waiting to reach a winged state, holding some hope that the world and what it represents will no longer weigh us down. We overlook the fact that we will still be part of it. I welcome reading of the synchronicity and symbols that wander into other people's lives. Thank you.

I'm so interested in this that I found that catterpilar using Google images.

The one you have in that photo is a Privet Hawk Moth.

When you say your catterpilar was 'kind of like this' do you mean exactly like it, with the same pronounced markings down its body, or that yours might have been a slightly different green catterpilar.

It probably doesn't matter what species it is. Though I think that if Jung was looking at this he'd want to know every little detail.

I don't know, to tell you the truth....it looked pretty much like the one I found on line, big fat and green, fantastic leaf camoflage, at least, if it was in a place that had much in the way of leaves. I put it in a potted plant, but it had disappeared when I looked again.
I love your green dragon..........

Interesting interp to that synchro!!

Lauren - could we repost the caterpillar synchro? I'm fascinated by these synchros with small creatures who transform!

Of course, I'd be honored. I just purchased your book btw......look forward to reading it!