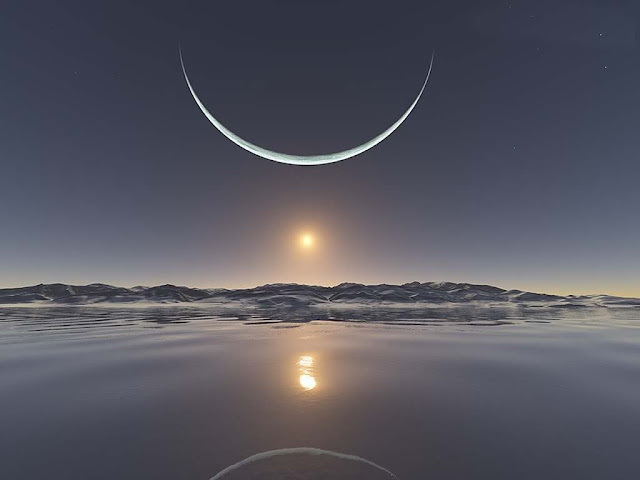 I was trying to put the picture above where it is, and I noticed that it had copied twice.  I was just about to delete the second photo, when I realized that it formed a circle - half of the circle going into the shadow, or "underground".  A perfect symbol for what I think the emergent paradigm must be.   Integral.  Light and Shadow.  A Circle.

Then I realized that the circle extended on either side of the "picture plane" into  infinity...........like the rainbow, it forms another Circle, perhaps invisible to the viewer, but existing in some other dimension of time and space.  In my experience, Spider Woman,  Midwife for the "5th World" which has just begun according to the Hopi,   speaks to us  in metaphors and in synchronicities when she casts her threads.  Especially on the  numinous day of the Solstice.


"In America, we have mixed bloodlines, "rainbow blood".  I've always conceived of the Rainbow as actually being a circle. Half of the rainbow disappears into the ground, into an underworld realm, where it exists beneath the Earth, hidden, but present.  Perhaps, what we're given now is the means to seed a rainbow vision." 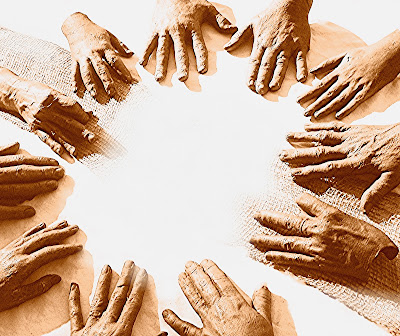 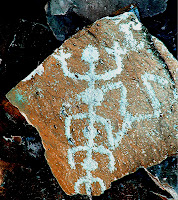 In the ritual work I've done in the past, we honor the 5th, and last, element, which is white, the element of aether, the element that unites and unifies all the other elements. The "warp and weft" underneath, the loom.   The 5th world, it seems to me,  is about the revelation of Unity as the underlying truth of the cosmos, the ecology of our planetary body, our Mother Earth,  and of our human lives.

Spider Woman's revelation,  I believe, is to be found in the traditional Lakota prayer  "Mitakuye Oyasin" (All Are Related). 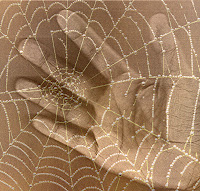 Years ago I was enjoying a panoramic view of the Sonoran desert.   I happened to be sitting near a spider web, stretched between two dry branches.  I realized, by shifting my point of view, I could view the entire landscape through the web’s intricate, transparent pattern…..a  landscape  seen through the ineffable strands of an almost invisible web. A Webbed Vision.  Mitakuye Oyasin.

In Pueblo mythology Spider Woman is also called Tse Che Nako, Thought Woman. Thought Woman creates the world with what she imagines, with the stories she tells.  We also participate in this imaginal power.......so perhaps now, at the Return of the Light, the time is good  to become
conscious weavers  of the stories we tell  about ourselves and our world.


Are we truly alone, doomd to ever be little warring tribes, or "staunch individualists"  in constant conflict with each other for resources, power, or because "my god is better than your god"?  Is this really  "human nature"?  Are there other models or options?  Another lens from which to view the evolution of humanity?  Because, if you think about it, a civilization is not the wars of destruction of conquerors, but a vast consensus of collaboration and shared creativity.  The farmers, builders, artists, crafts people, midwives, bakers, teachers........that is what a civilization really is.

Are we now consigned to be  alienated individuals living in an urban jungle, with cynicism as the only appropriate response?  Am I victim, weak, powerless, needing to cling to destructive relationships or circumstances because  I have no other choice? Or are there other options  for the stories we  weave our lives with, the stories that we  pollinate the future with?

"The question is not so much "What do I learn from stories" as
"What stories do I want to live?" 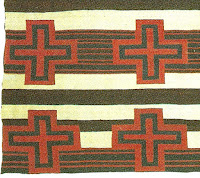 Navajo rugs often have “Spiderwoman’s Cross” woven into the pattern.  The cross of Spider Woman represents balance - the union of the 4 directions.  Spider Woman is at the Center: the  5th Element. As anthropologist Carol Patterson-Rudolph has written, to the Navajo,  Spider Woman ((NA ASHJE’II ’ASDZÁÁ) represents initiation into a mature way of being. Without the necessary maturity, she's not seen, she appears only as a small, insignificant insect.  But to the initiated, the "Web" becomes visible within an ever expanding relational paradigm.   Spider Woman thus is a bridge between the mundane, mythic, and sacred dimensions of life.  Like a spider web, her transparent, circular strands exist on multiple levels of meaning and perception.  In his book on Hopi religion, John Loftin writes":

Among the Dine`, weaving is viewed as a spiritual practice, a sacred art.  Many rugs are left with a small flaw, to "honor Spider Woman", the only weaver whose work is can be perfect.  And to this day, a bit of spider web is rubbed into the hands of female infants, so they will become "good weavers". 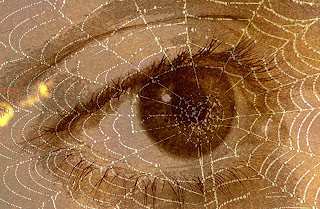 If indeed the 4th age has ended, and we are now  in the beginning of the 5th Age, in spite of the fear and chaos and corruption, the backlash and anger,  we are seeing, I believe it is so very important to find ways, now,  to "tell the new stories".   We must carry the hope and the means for others to experience a "Webbed Vision" of interdependancy and belonging.  A Webbed Vision of  humanity in all of its diversity, strife, creativity, challenge  and history (which must now include her-story as well) part of a larger whole.  Time to weave a new Web.   What good is despair?  The work is ahead of us, the dawn comes.


May we all rub a bit of Spider Web into the palms of our hands.

Love the two photos and that they form a compelling symbol! Happy solstice to you, too, Lauren.

A blessed Yule to you Lauren, bringer of joy to so many.

Solstice Blessings to both of you, and my gratitude for your inspiration and friendship!

May this special day of "the return of the Light" carry us all forward in the year to come!

I was just getting ready to send the following poem out, as I sit at the computer, when I read your beautiful and uplifting message, Lauren! I am so grateful for it and rejoice that we have come to this place. . .
My poem may be too large . .

and all creatures great and small
knew the light

and every bush and tree
knew the light

and there was great rejoicing!
Oquawka

When I think of my small adventures and fears
Those small fears that seemed so large
When I think of all the things I had to do and have and reach;
When I look to see I’ve traveled so far,

There is only one thing that is Great—the only thing
That helps us see the whole and find our part:

To live to see the Great Day that dawns upon the world,
And to feel the Light that fills all our hearts.
Inuit Poem from
Never Cry Wolf

This is wonderful, so interesting and somber and hopeful.

This is wonderful--so interesting, somber, and hopeful.