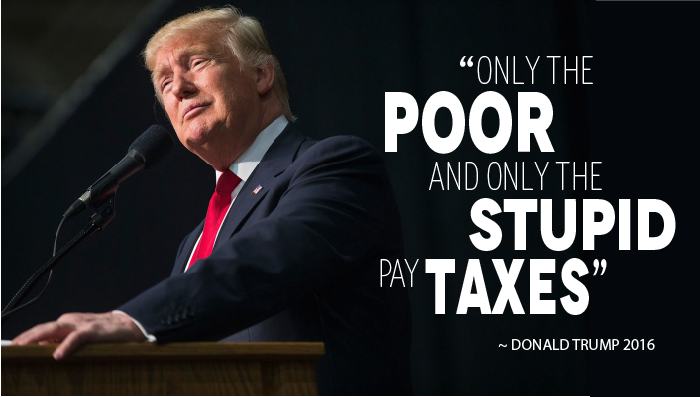 "Thanks to Trump the tinhorn dictator and those who elected him, this country is no longer a beacon of freedom, but a laughingstock......There is no longer even the pretense of concealment as there was in the good old days of Republicanism. Sure sounds like a banana republic to me. "


I take the liberty of sharing this article by Neal Gabler because, well, I think he's right.

I know this has nothing to do with art, with consciousness, with synchronicity or myth..........but it has everything to do with the dismantling of the country I have lived in, and for all my activism and criticism, loved.

In one short year I've watched the EPA removed and all environmental controls left to the wisdom of big oil and other polluters who seem determined to destroy everything in sight at the expense of future generations.  I've watched the NEA and NEH dismissed, as if the great Arts and Humanities of America are nothing.  I've watched us become the only nation not part of the Paris Accord, a president ridiculing the greatest threat to life humanity has ever faced.  I've watched a president laud Nazis, even as a World War was fought to defeat them, and relatives of mine died in it.  I've watched national monuments destroyed.  I've watched the war on education, medicine, health care,  intellectuals, and science.  I've watched NASA  become under the control of an evangelical, climate denying man who has no background in science.  I've watched our "ambassador to the Vatican" be replaced with the wife of  Newt Gingrich just to "get even" with the Pope.   I've watched a sexual predator, proudly proclaiming his right to "grab women's pussy" become president, along with his former sex worker wife as "first lady".  I've watched my tax dollars now increase, even as school lunches, tuition waivers, food stamps, aid to disadvantaged children, heating help to seniors freezing to death in  cold climates are scheduled to be removed removed from the budget.  Yet we pay to benefit  Trump's vacations, and an ever increasing military budget.  Corporate lobbyists are no longer even trying to disguise their contempt for people like me, the American public.

In a land of refugees,  I've watched the most desperate of  refugees refused compassion.  I've seen the Constitutional separation of church and state dismissed  offhand, to benefit vicious, oppressive religious fanatics who, in my opinion, profane the  name of "Christianity".   I've watched efforts to  deny the rights of Muslims, Jews, Gay People, Women............

America.  What are you anymore?  For all our faults, you were also a place of hope, inspiration, innovation.    I'd pray that somehow "America" can recover from this, but I no longer trust what some people call "prayer".  I wonder:  is "America" over now?  Has it been replaced with an evolving tyranny of cruel mediocrity, the slow creeping banality of evil?

Below is a picture of immigrants at Ellis Island, turn of the Century.  Any of them could look very much like I imagine my round-faced Swedish great  grandmother looked, just off the boat, so bravely seeking a  new life in the new world  at just 17 years of age.  Or my French Huguenot great grandfather, fleeing religious discrimination in his Catholic homeland.  Or my grandson's Jewish great-great grandparents, fleeing the violent pogroms of Russia.  Or my friend Susan's parents, arriving in New York and not knowing that they were each the last of their families as they fled  Nazi occupation of Poland.  Or my friend Mark's Irish great grandparents, their faces so desperate for work and maybe  just a good meal as they left behind  the potato famine of Black '47.  Or.........you name it.  For all the problems, and yes, slavery, yes, the genocide of the native people, yes, the omission of women in the plan.......... this was still a place of hope.   And in my small lifetime, I've seen that go forward, believe it or not, I've seen so many things change for the good.

Yes, I'll go back to art.  And beauty.  And Gaia.  And the Goddess.  Because that is what we all have to do, the best of what we each have to offer.  I'll share what I love, and what little  I know, and I'll adapt.

Because many, most people on this planet, it seems to me,  have to live with tyranny, with inequity, with endless corruption,  and somehow, in the impoverishment of it, they still have to strive to find meaningful lives. I've been fortunate.  Very fortunate.   Maybe people like me have  been naive, or overly idealistic in a world too damn  full of Trumps and Putins and the rest, and somehow we've managed to dream other dreams.   Maybe now is our time to come to terms with the "real world", if only briefly - because a truly  vast global tragedy of environmental destruction  awaits all of those who will follow us.  But for this moment, it helps to acknowledge, as Neal Gabler has, the reality.

Tomorrow, some of us, acknowledging that, will figure out where to go from here.  Those dreams are still good dreams. 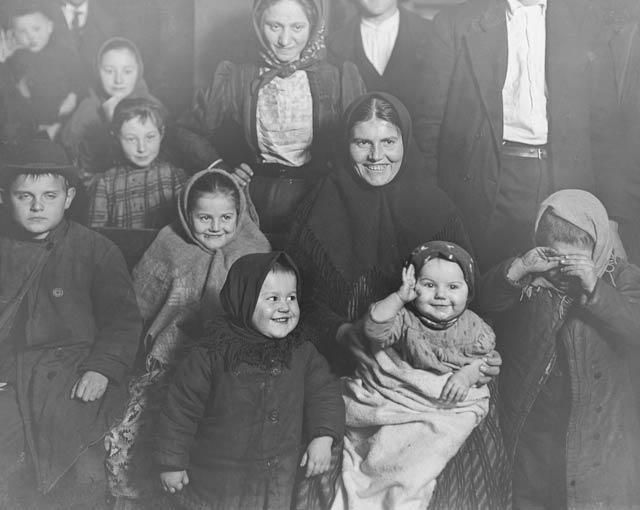 When people call Donald Trump an authoritarian, it almost gives him more credit than he deserves.
You don’t think favorably of authoritarians; they are despicable. But you do think of them as monstrously large, grievously terrifying, as somehow taking the measure of the polity they control and drawing on its stature to puff themselves up, even as they destroy their nation’s moral core. Despots like Mussolini and Hitler epitomized evil on the grandest possible scale. To call them clowns would trivialize the unconscionable horrors they inflicted.
Trump is certainly an authoritarian, but he is more of a tinhorn dictator, a tiny, negligible man who, rather than inflating himself with the nation’s grandeur, has managed to deflate the nation with his own insipidness. Thanks to him, America is now a banana republic. It is no longer a country of soaring ideas and idealism, a beacon to the world, an example of freedom at home and a protector of freedom abroad, an anchor of sanity in a world often bouncing on the waves of madness.

BY NEAL GABLER | NOVEMBER 10, 2016
Whatever her failings, America was once majestic. Now she is hopelessly diminished — a wealthier version of the corrupt nations in the developing world that we used to ridicule. And we owe it all to Donald Trump for making America small again.
The meme of America withering into a banana republic is not a new one. Some observers made the claim after the 2000 presidential election, when Republicans successfully wrested the presidency from Al Gore, just the way cabals do in those banana republics. And it was toted out again in 2008 during the great financial meltdown when the economy was revealed to be not some great dynamo but a façade hiding a giant swindle, banana republic style. Citing the inability of the congressional Republicans to do anything but dither in the face of crisis, Paul Krugman called us a “banana republic with nukes.”
In Vanity Fair, the late Christopher Hitchens was more expansive. He enumerated the many ways in which America, the last great hope of mankind, had become a banana republic — primarily the way the government was willing to bail out the oligarchs while letting the general public suffer.
Hitchens wrote:

The chief principle of banana-ism is that of kleptocracy, whereby those in positions of influence use their time in office to maximize their own gains, always ensuring that any shortfall is made up by those unfortunates whose daily life involves earning money rather than making it.

Hitchens added that there is absolutely no accountability for the thieves. This all should sound very familiar this week, as Republicans retool the entire tax system to rob from the poor and middle classes and give to corporations and the wealthy. If that isn’t a banana republic, I don’t know what is.


But Krugman and Hitchens were writing before we had a bona fide banana republic dictator to rule our kleptocracy. And while America long has had the economic and social characteristics of a banana republic, it took Trump, who has the instincts and temperament of a gangster, to finish the transformation. There is no disguising it now. We are what we are.
Tick down the list. If kleptocracy is the hallmark of a banana republic, Trump is the kleptocrat-in-chief. He not only appears to be using the presidency as his own personal ATM, now promoting a tax-cut scam by which he stands to gain tens of millions of dollars, he also has been petty enough to steer business to his hotels and hawked his “Make America Great Again” tchotchkes. Check.
Apparently not satisfied to have enriched himself at the public’s expense, Trump has brought unprecedented nepotism to the presidency in a way that only tinhorn dictators do, giving his family access to the public trough while placing his unqualified cronies in positions of power. In this administration, everyone may be on the take. Check.
Just about every Trump directive, from health care to the environment to so-called tax reform to trade policy, seems expressly designed to give benefits to a small coterie of the wealthiest Americans while the rest of the country goes to hell. There is no longer even the pretense of concealment as there was in the good old days of Republicanism. Sure sounds like a banana republic to me. Check.
Like other tinhorn dictators, Trump has no use for the essentials of democracy.
Like other tinhorn dictators, Trump has no use for the essentials of democracy. He openly attacks a free press and has a house press of his own, Fox News, and soon, quite possibly, Time Inc., the acquisition of which has been partially financed by the Koch brothers. More, there are allegations that he may using the levers of government to punish his press opponents, using the Justice Department’s antitrust suit against the proposed AT&T purchase of Time Warner to try to force the divestment of CNN.
This, too, is unprecedented in an American democracy, but not in a banana republic. Meanwhile, the Voice of America has placed on administrative leave (a reporter whose bias has leaked into his stories and who on the side has been advancing Trump’s right-wing agenda and casting racial epithets at others in the media. Check.
Trump has taken aim at the electoral process itself, not only claiming that his loss of the popular vote was a fraud, but empaneling a government commission whose sole purpose is thought to be the disenfranchisement of voters who might oppose him. This is pure banana republicanism and an affront to democracy. Check.

And last but not least, there is the tragi-comic state itself — a kind of laughingstock of governance. America has joined that company of buffoonish nations that keep tripping over their own feet. By one account, when Trump took his first world tour in May, other leaders were aghast at Trump’s ineptitude. One foreign expert commented on how “rapidly the American brand is depreciatingover the last 20 weeks.” Check.
Donald Trump has demeaned himself, but he has also demeaned the country that was deranged enough to elect him. These characteristics speak to a corrupt and desiccated nation, one that is staggering into oblivion.
The “alt-right” insist that until Trump, America was going the way of Rome — rotting from the inside. They are wrong. It is not decadence that is destroying America, but petulance. We are going not the way of Rome but the way of Guatemala or Zimbabwe or the Philippines — the way of banana republics. Thus does this once great nation tumble.
Check and double check.
Posted by Lauren Raine at 11:03 AM

Wow, this is frightening and accurate and sad.