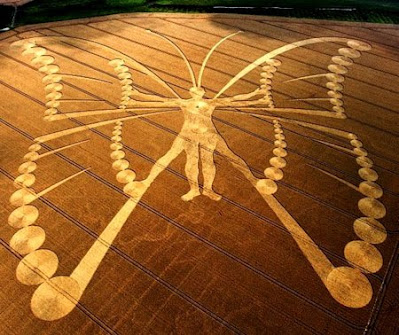 These are the days of miracle and wonder

This is the long distance call

The way the camera follows us in slo-mo

The way we look to us all

As the last day of 2010 opens cold and coffee steaming, surrounded by people at table staring into little silver boxes,  I think how utterly amazing it is to be alive in this time.  These are the days of signs and wonders.
The greatest library the world has ever known is literally, right now, at my fingertips, and if I can bear to search for it, and open my mind to this web of many other minds, I can learn about almost anything that is available to be learned about, be it art, turnips,  quantum physics or Terry Pratchett's Rim World (where I like to go when it all gets too much).  I can walk into incredible visions and astounding worlds of the imagination, in full color and even in "3-D", by just walking into a movie theatre, and I can talk to someone in Bali, or India, or Helsinki instantaneously.
For most of human history, getting enough to eat to make it through the winter has been the very first priority - now,  I can eat anything I want and far more than I need, if I so desire, whenever I want.  Exotic fruits like papayas and pineapples in the midst of winter, frozen deserts in the midst of summer, fish that come from Iceland, apples that come from New Zealand, cakes that come from Denmark.   If my teeth fall out and I have the money (that's the catch 22), I can replace them with new ones, instead of spending the rest of my days resigned to soup.
I remember Martin Luthor King, and I'm glad I've lived to see a President whose father came from Africa, and  a First Lady who is black and beautiful. I remember two teachers who told me "there had never been any great women artists" as a justification for assuming women just didn't have what it took........well, so much for that one.  I'm glad the idea pissed me off.  Go Judy Chicago, and all your brilliant colleagues!
Physicists sound more and more like metaphysicists, and telescopes can take pictures of galaxies exploding.  I can even put on my pentacle necklace (the neat one with the onyx beads) and no one is automatically going to assume I sacrifice goats to the devil.  I can buy a computer that fits in my pocket, and hold a library of books in my Kindle.  Not to mention velcro.
I can fly through the air higher than any eagle, and look down on the tops of clouds, and cross an ocean in a day.
How amazing to be alive!   Wow! 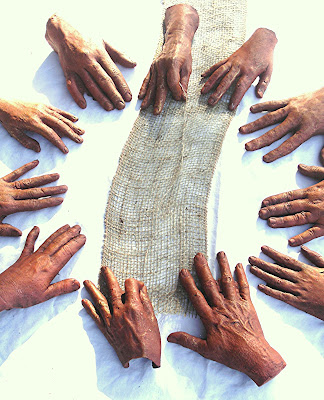 "We currently live at the confluence of prophecies, making the first decade of the 21st Century an important time to be alive. We have Edgar Cayce’s warning of the repetition of destructive cycles; we have Nostradamus’ quatrains echoing paragraphs in the biblical Book of Revelations which in turn coincide with the end of the Mayan calendar......Where does this leave 2012? Will it, won’t it? If enough people share the same dream, a critical mass will create that reality. Humans are gifted dreamers, but even so we often lack the confidence to believe we are powerful creation machines.....Interestingly, at times when humanity approaches a crossroads, ‘outside’ guidance is made available in unusual ways."
Freddy Silva

And yet.....the human condition remains. Through grace and chance, I have the great privilege of sitting in this coffee shop, literate, and well fed, and able to enjoy these wonders.  Millions of other human beings also alive do not. And yet.......and it is no secret, except perhaps among those many who are either too desperately disenfranchised to know or care, or those who choose to bury their heads in the sand like ostriches (ostriches actually have much better survival skills than, say, followers of Sarah Palin, and I think they are unfairly discriminated against) that our civilization is not really sustainable, we possess weapons of unimaginable destructiveness, and we are profoundly impacting the balance of planetary life.
We're at an evolutionary crossroads. 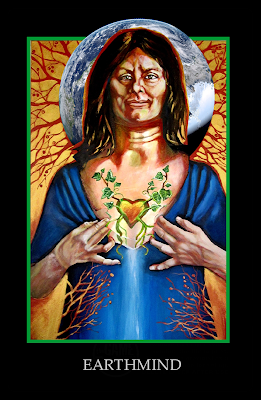 "I want to  live in full possession of the knowledge that the Imagination lies at the center of reality.....the Imagination never stops. Every idol must be transformed into an icon, that we may see the light shining through it."

I don't know what to think of the 2012 business - I tend to feel that it's already here, that I've been within the change for the short decades of my life span, which isn't really very much time at all, not if you consider that it's taken (if those who believe in Atlantis are right) at least 10,000 years to get where we currently are technologically.   If you don't  believe in Atlantis, it's an even more accelerated picture.  We're not the first culture that has the potential to collapse, not the first that has the potential to exhaust ts environment to the point of insustainability, not the first that has faced an evolutionary crisis - but we are by far the biggest.

I don't have answers to much of anything anymore.  But I do think the time of the imaginal, individually and collectively, has come upon us, the Era of the Butterfly.   (In Ancient Greece a word for 'butterfly' was 'soul'.** )   We're in profound transformation as a global Being. 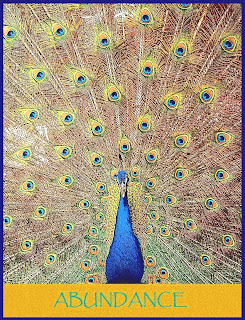 "Having had inexplicable experiences myself and studied many that have happened to others.....I have no doubt that we are ALL involved in the development of human consciousness and the incredible transition now taking place throughout humanity. This I am actually convinced is the case and similar processes are underway throughout all our activities on this planet. A new and very different human condition is forming before our very eyes. As it happens I am not talking about the 2012 Mayan Prophecy but in many ways I could just as easily be doing so. Unprecedented changes are coming."
Colin Andrews

**Butterflies change from caterpillar to chrysalis to winged beings, and in many ancient paintings,  a small butterfly was often portrayed escaping from the mouth of the newly dead, symbolizing this transformation.  Plus, and (possibly important to them as well) the butterfly was the shape of the double ax, a symbol of the Great Goddess.

Era of the Butterfly! Love it.

Peace from the forest!

yes, here's to the era of the butterfly! peace and love - gypsy

Wonderful......era of the butterfly!
Let it be a peaceful and happy new year for you Lauren.
XXXm

Thank you, Lauren. You really see the big picture and have a special grace in conveying it thoroughly.

I have blindly picked the Chariot Tarot at least once a week for months. Gail

Thanks to all of you, for your kind and thoughtful comments, and for your own blogs, the thoughts and the art.

Gail.....that's a "tarot card" I created a long time ago; I envisioned the Chariot as not only will, but imagination to "create" the future. A good card to pull....