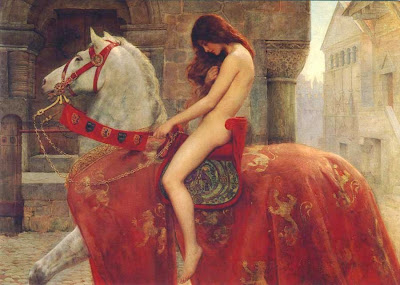 My counselor, a pragmatic and wise psychologist, has listened to many of my synchronicities, metaphysical ideas, tales of goddesses, and magic over the years;  I've often wondered if she doesn't secretly think I'm nuts sometimes.  The other day she surprised me by handing me a book by  Stanislof Grof, one of the early pioneers of  LSD and altered states, and one of the developers of contemporary transpersonal psychology.  She encouraged me to write about my "out there" stories, as she felt I would find a "defining pattern" in so doing; she said that all of our stories are important now.
I've copied below a video and link by Dr. Grof*, in which he talks about a term he coined called "Holotropic Consciousness".   I suppose my own term  might be "Web Vision".  I do agree with my counselor...........we all need to "tell our stories" now.  From the Telling a fundamental unity can be glimpsed. 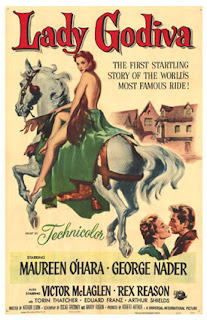 I think my (non-physical) guides have quite a sense of humor. Years ago, when I was thinking of doing a performance with the Masks of the Goddess in Tucson, I kept waking up singing an obnoxious old surfer song, with a chorus line that went "She's real fine, my 409" (the 409 was a '60's car).  I never could  figure out from what corner of my psyche that song was dredged from until much later, when I noticed that "Restoring the Balance", the best event I did with the collection, was held on April 9th, 2004.

Lately I've been singing "Lady Godiva", another old song from the 60's, which has been equally annoying as a mental "muszak".  According to legend, Lady Godiva rode naked on a horse through the streets of Coventry, England, to ease the tax burden of the citizens imposed by her husband, who agreed to relieve the toll if she did this.  The song was recorded in 1966 by Peter and Gordon.  Pulling out my Jungian Inner Pun book, I decided that it had something to do with "Goddess" - "Lady God" and "Deva" being what I get from the word. "Coventry" is an interesting addendum to the idea, in that the actual definition of the word "coventry" means:
Thus, "coventry" is the opposite of "coven", "covenant", or "to convene", which means to bring together.  So, addressing this syncronicity as one might seek to interpret a "waking dream", with multiple layers, I would say that I am reminded that the Goddess, the Divine Feminine, has too often been banished from our world, to our great detriment.  Lady Godiva, naked for all to see, rode through the streets to protest and defy her husband's cruelty and injustice.  It is further interesting that the pop song is about "Lady Godiva" becoming a porn star, trivializing the story and turning the Lady into a kind of prostitute*** -   which is what has so often been  done to the Goddess in the course of patriarchal mythology,  except when she appears in the guise of a dutiful wife or mother with a submissive role.

Robur d'Amour    commented that there is a Lady Godiva procession which is an annual event in Great Britain, and he very kindly provided a photo, which I take the liberty of copying below.  In his comment (on this post) he also provides a link to a photo from a 1911 procession led by Druids.....further indicating the symbolism of the Lady.  Of the picture below (thanks Robur):


"This is a very recent procession........Miss Godiva now wears a body stocking." 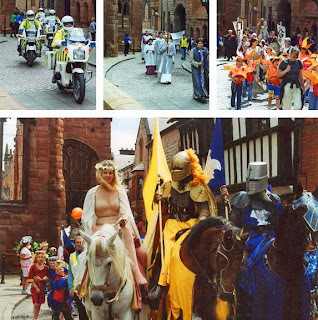 Hmm.  Now, I asked, can I hum something else, like maybe the "Ode to Joy" or a little Paul Simon?

But there is one more postscript:  just recently I was offered the opportunity to attend and present a workshop at the Goddess Conference in 2011 in Glastonbury, England. I'm delighted to go and meet these wonderful folks who carry on the Lady's work ........more on this later! 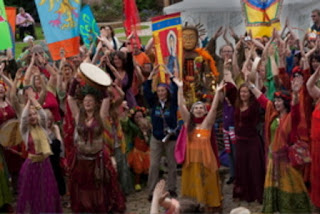 ****"Whore" possibly derives from an ancient Semitic word, "Hara" or "Hora". It's original meaning may go back as far as Babylonia and Sumaria, when women served as priestesses, thus, it was related to a title for a fertility priestess. To this day,  a circle "fertility" dance, the "Hora", is still danced at Jewish weddings.

Storytelling: to me it's the most ancient form of art. Keep telling those stories! Now off to watch this video.

The Godiva procession is still held every year.

This is a photo of a procession in 1911. The banner, which is hard to read, says 'Order of Druids'. The men in white robes are the Druids. The foliage resembling trees is actually branches mounted on horse-drawn carriages:
http://lh6.ggpht.com/_zI6sJryPv0s/TPvMoDv6YjI/AAAAAAAADII/86O18cJmMaM/godiva-proc1.jpg

This is a very recent procession, and much clearer photo. Miss Godiva now wears a body stocking:
http://lh6.ggpht.com/_zI6sJryPv0s/TPvMomfQBeI/AAAAAAAADIM/ThORYhQYziA/s576/godiva-proc2.jpg

Thanks to you all three! Robur: I put your photo and information in the post; thanks much for enhancing my understanding of this.......I had no idea, but it seems pretty clear now!

You have a knack for tying several disparate themes into a whole. Godiva and holotropic fit perfectly. Very interesting.

Would love to be able to go to the seminar in 2011. Thanks for keeping me informed about these events! Gail

I've been looking into Lady Godiva some more.

The 'story' that Lady Godiva was protesting against taxes is untrue.

Apparently, at the time the procession dates from, Coventry was a village, and there were no taxes.

The procession is actually a May-Eve fertility procession, many of which are found across Europe. There is even one at Southam, just a few miles from Coventry, which is no longer celebrated.

What happened at Coventry, was that there was a Bendictine monastry there. The Christian monks did not approve of people watching the fertility procession, and so put some 'spin' on the procession, and invented this story about taxes:

I have to add this snippet too...

The monks also invented a story called Peeping Tom. They told the people that if anyone looked at the naked woman in the procession, then they would go blind.