The Virtues and Vices


I'm in a show next week at Raices Teller Gallery, and the theme for the show is "Virtue and Vice".    According to the dictionary, the 4 traditional cardinal virtues are prudence, justice,  temperance, and fortitude, which are derived from Greek philosophy.   The Church added faith, hope, and charity.  The 7 Deadly Sins are Pride, Envy, Gluttony, Lust, Wrath, Greed, and Sloth.  If you want to know more about them in particular, there's a handy website called Deadly Sins.com, which informs me that "you probably commit some of them every day without thinking about the rich tradition of eternal damnation in which you're participating."*

That's enough to cause me to pause as I reach for that 4th chocolate chip cookie.

"There is, I believe, in every disposition a tendency to some particular evil— a natural defect, which not even the best education can overcome."
Jane Austen, Pride and Prejudice

But the show has me thinking about what virtue and vice actually mean to me.  Often without thinking about it, we predicate much of our judgement of others, and ourselves, on externalized and internalized ideas of what are virtues or vices. And virtues and vices vary from culture to culture and individual to individual in their importance or lack thereof.  And, unlike the world of  Jane Austen, so full of moral certainties which gave a comforting "backbone" to the lives of her characters, our is a time of tremendous confusion.  I've been thinking about what my own thoughts on virtue and vice are in these strange times, so forgive me if I ponder them for a little while. 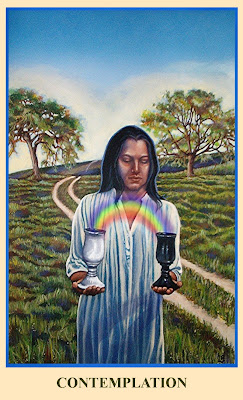 Although it's not on the "big list" of Virtue, what I find myself thinking about a great deal is HONOR.  And it's diminutive expression, COURTESY.  Honor..........The circulation of goods in a local economy is obviously not the same as the massive, impersonal world of Wall Street. Capitalism as we experience it is based on manipulation of others, with little regard, if any, for the moral consequences.  In fact, people get advanced degrees in how to manipulate the market and people to buy things they don't really need.

When was the last time you saw something for sale for $1.00?
$5.00?  $10.00?  Long ago someone figured out that if something is priced at $1.99, people can be manipulated into buying something because is seems to be $1 and not what it really is, which is one penny short of $2.  So absolutely everything has a 99 on the end of it - this dishonesty and lack of respect for those who engage in the exchange of money for goods is written into virtually every mercantile exchange we make.  It's worth thinking about what that means in terms of the notion of honor, and business.

Here's something else we take for granted as "the way things are".  We have labor unions to protect the workers, to provide fair wages, pensions at retirement.  We have laws that protect against child labor, hours that are unfair, and that protect the environment.  All the way it should be - but very little is made in the U.S. anymore.  Every time you go into Walmart you are participating in a hypocrisy.  There's a chance that that tee shirt, or beaded bag, was made in a sweatshop by a 14 year girl working 13 hour days in an environment that spews toxins into the local river with impunity.  And we're paying for it big time.  I think of how many sad, impoverished,  abandoned down towns I've driven through, whether Herkimer, New York, or Beatrice, Nebraska, or Lordsburg, New Mexico......and on the outskirts of each, the Big Box stores. If money is the basis for what we value, and how we determine worth, then honor falls by the wayside, or moves to the outskirts of town, sucking up the prosperity that should be at the center, and giving little back.

Anyway, the hour is getting late, and I must ramble on virtue and vice later........