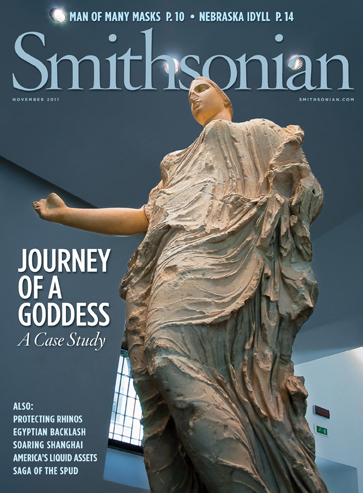 Today I launch my fundraising on Kickstarter for creating a new collection of "Masks of the Goddess"*** Here's the link (more information later) to the Project:

What I wanted to share is a funny synchronicity that happened yesterday I can't help but feel is most encouraging.

I was frustrated with all the online paperwork involved in setting it up, so I walked to the corner cafe for a bagel.  While waiting, I grabbed a magazine, and had to laugh when I looked at the cover!  For me it kind of said it all - including an article about "many masks", and, on a personal note, something about Nebraska as well (I wrote an article about spirit contact and synchronicity I called "Angels in Nebraska" in 2005).

I like to think, no, I am certain, that the Goddess has quite a sense of humor.  Here's something similar (photo below) that happened to me as I stopped to visit the Roman Baths en route to the Goddess Conference in England last summer. 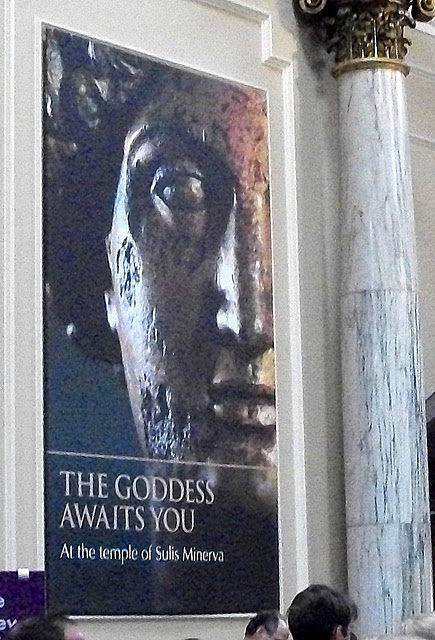 ***The money I raise will also provide funding for the "inaugural performance" of the new collection at the 2012 Women and Mythology Conference in San Francisco, produced and directed by author and ritualist  M. Macha NightMare.  As she describes it,


"Around the world 'spirits of place' have revealed themselves to us, encounters that generated stories told over the ages. With masks especially created for this event, we propose a ritual performance that offers all celebrants encounters with these goddesses as they have been known in the past,  and as they exist today."

Thanks for all that you do to further Her! work. Gail

hey, thanks Gail! Good to hear from you! She just won't let me retire....

The goddess, it seems, has a touch of Saturn in her,too, that task master who cracks the whip and commiserates with the muse. Together, they whisper rather urgently, "Get moving, girl. Tempus fugit."

Thank you so much for the article you sent us. For some reason, I can't find your email! Love the connection between synchronicity and shamanism.