Sacred Places and "Talking with the Gods" 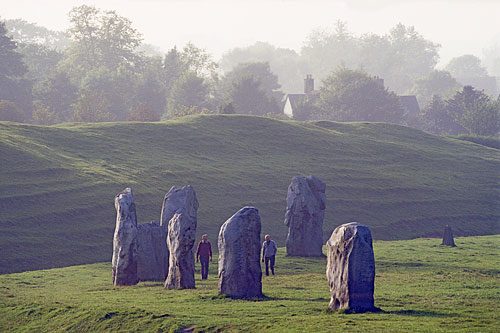 "Australian dream time seems strange to us because we distinguish stories from places.  For the aborigines places are stories:  song-lines.  To "settle" a wild place means to create not only houses and farms, but also the stories that make them a home.  For native Australians, their deserts are home because they are verdant with stories."

I have acquired a rare video called GEOSOPHY - An Overview of Earth Mysteries, produced and directed by Vakasha Brenman (Mystic Fire Video) in 1988  which features interviews with John Steele and Paul Devereux, authors of EARTHMIND and co-creators of the Dragon Project, a decade long investigation into the phenomena associated with Neolithic sacred sites in Great Britain.  Earth Mysteries has always been my passion, and the sense of Gaia, the living Earth, always speaking to us beneath our feet and in our cells..........is the fundamental truth I am always seeking to speak of in my art.  Gaia.  Mother Earth.  So very much we have lost and forgotten.  I feel the work of these people is very important, and should not be lost.  So I intend to put excerpts from this documentary on this Blog (and hope I don't get in trouble for it), and to pursue the subject of "Talking with the Earth" in future posts.  In this time of political and ecological despair, this matters to me.  This is worth sharing! 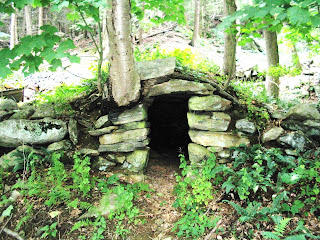 There are so many stories I could tell as I look back on how this subject informed my art, worldview, spirituality, and sense of purpose.   I often credit a  synchronistic encounter  with geomancer and spiritual dowser  Sig Lonegren, in 1982, that planted the seed of a whole new way of seeing life for me, as well as teaching me to dowse.  I had a studio in Putney, Vermont in 1982, and it was my habit to meander down to the Putney Inn for coffee on a Saturday morning.  But that particular morning in June there were people everywhere - tables with brochures set up, discussions going on, buses and vans out front.  Coffee in hand, I saw an interesting group of people sitting on the grass in a circle in front of the building, and for some reason I sat down and joined them.  Sig, who was leading this group to one of Putney's mysterious stone chambers on Putney mountain, ushered us all into a van, and invited me to come along as well.  So that's how I found myself before a stone cairn in the woods, roofed with a massive stone, and with an entrance that faced perfectly the rising of the sun on the Summer Solstice.  Sig put a pair of divining rods in my hands, and I was  amazed to learn, with the others, that two "leys", each about 6 feet wide, ran through and crossed at this chamber.  When I held one of the rods at the center of the "roof" it "helicoptered"......turned rapidly as if it was a windmill for earth energies!

It was many years later that I had the privilege of visiting  Sig and his wife Karen at their home in Glastonbury, England.  Sig was one of the trustees of the Chalice Well, and had spent many years exploring the sacred sites of the British Isles. I celebrated Lammas with them at the Chalice Well, an event I shall always treasure.   Sig is  currently on the faculty of the Fellowship of the Spirit near Lilydale, N.Y., he has a fascinating website:  http://www.geomancy.org/       and now lives with his wife in the Netherlands.   One of Sig's books, Spiritual Dowsing, goes into the phenomena of dowsing for Earth energies. 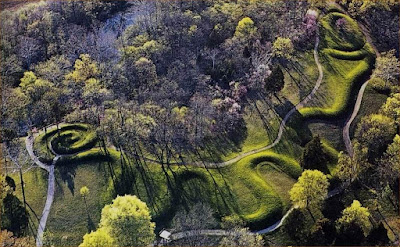 As a dowser myself, I've experienced shifts in energy - which means also shifts in  consciousness and perception -many times when visiting areas that are geomantically potent, be it the henge of Avebury,  or the labyrinth at Unity Church in Tucson. Sites are able to change consciousness (raise energy) because they are intrinsically geomantically potent, and  they also become potent because of human interaction with the innate intelligence of place, what the Greeks called "genus loci".  John Steele coined the term "Geomantic reciprocity" - as human beings bring intentionality, reverence and focus to a particular place, building sacred architecture, or engaging in ritual.  The conversation becomes more active as place accrues myth and story in the memory of the people, and the memory of the land.   Sacred places have both an innate and a developed capacity to transform consciousness.  And the power of myth is important if we wish to engage the numinous presence, to  "talk to the Goddess and petition the Gods".

According to Sig, who references psychologistcontroversial book from the 80's  The Origin of Consciousness in the Breakdown of the Bicameral Mind, possibly because, as human culture and language became increasingly complex,  we began to lose mediumistic consciousness,  a daily, conversational Gnosis with "Spirit".  We became more individuated.  With the gradual ascendancy of left-brained reasoning he suggests the ancients developed a concern with how to continue contact with the gods, the ancestors, the numina of the land.  Stonehenge was a temple on a sacred landscape - according to Sig, it may also represent a "last ditch effort" to keep in touch with the spirit world, to enhance communal experience.   As the rift between personal gnosis and spiritual contact deepened, and especially with the later development of patriarchal institutions, gradually the tribal and individual Gnosis was replaced by complex religious institutions that removed individuals from the earlier tribal mind, and rendered spiritual authority to priests who were often viewed as  the sole representatives of  the  Gods or God.

"I have been arguing for decades that these (sacred) spaces were special places that enhance the possibility of connection to the other side - to the One.  Please judge what follows in that context. You may well find that it challenges some of your paradigms you hold about the past.  It combines two separate lines of investigation that support the perception that these spaces really “did what’s on the box.”  The gods came to earth.  And us humans in great numbers communicated directly with them.  (I end with a counter argument just to keep things in balance.

Since the mid-seventies when I began work on my Masters’ degree on Sacred Space, one of the major themes I have chewed on has been the shift from the dominance of that more intuitive right brain in prehistory to the analytical left brain brought to us by (IMHO) the increase of influence of the Patriarchy.  The book that really turned me on initially was The Origin of Consciousness in the Breakdown of the Bicameral Mind by Julian Jaynes, first published in 1976 (see "Works Cited" at the bottom for all book references).

I must say that this has been one of the most stimulating and thought-provoking books I've ever read, and is a must in the development of consciousness studies.  I don’t agree with some of what he has to say, for example, his choice of a particular word to describe how our prehistoric ancestors received their right brain information - "hallucinations."  I don't think that's what they were, and later on, I'll go in to why I think so.  But on the whole, I found his thesis most useful in forming my perception of this shift in consciousness.

It began with the Neolithic Revolution - the increasing use of agriculture rather than hunter gathering.  It facilitated a shift in consciousness.  My understanding was that the driving factor in the construction of purpose-built sacred spaces in prehistoric times was the loss of the ability of more and more of humanity to connect on a conscious level with the world of spirit.  I felt, and still do, that the archaeoastronomy, sacred geometry and Earth Energies all enhanced the ability of this connection as we became more and more left-brain/rational.  I wrote about this at great length in my first book, Spiritual Dowsing, initially published in 1986." 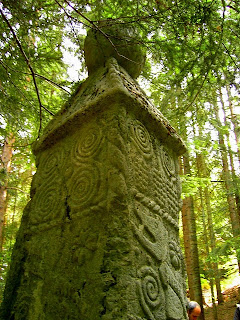 Jaynes, Julian. 1976. The Origin of Consciousness in the Breakdown of the Bicameral Mind. Boston: Houghton Mifflin Company.