On Myth and Mythmaking

"If we don’t become aware of both our personal myths and the cultural myths that act upon us like gravitational forces, we risk being wholly overpowered and controlled by them.  As the maverick philosopher Sam Keen has written in Your Mythic Journey, ‘We need to reinvent them from time to time. . . .  The stories we tell of ourselves determine who we become, who we are, what we believe."

Phil Cousineau was a colleague of Joseph Campbell, and I recently re-discovered this article in my files, which I haven't read since 2001 (time to go through my files again). It's important, especially now, for artists (and everyone) to remember that they are Myth Makers, people who imagine the templates for each new era.  It's work that matters.

On Myth and Mythmaking
excerpt from book by  Phil Cousineau
Once and Future Myths: The Power of Ancient Stories in Our Lives (2001)

I was raised on the knee of Homer, which is an Old World way to describe growing up on stories as old as stone and timeless as dreams.  So I see myth everywhere, probably because I am looking for what my American Indian friends call “the long story,” the timeless aspect of everything I encounter.  I know the usual places to look for it, such as in the splendor of classic literature or the wisdom stories of primal people.

I want to explore the aspect of myth that most fascinates me: its ‘once and future’ nature.  Myths are stories that evoke the eternal because they explore the timeless concerns of human beings—birth, death, time, good and evil, creativity and destruction.  Myth resembles the god Proteus in the Odyssey, a shape-shifting creature who knows the secret that the lost Greek sailors long to hear—the way home.  But they must learn how to get a grip on him, if only for one slippery moment, so he might surrender his hidden wisdom.

This is what I call ‘mythic vision.’  The colorful and soulful images that pervade myth allow us to step back from our experience so that we might look closer at our personal situations and see if we can catch a glimpse of the bigger picture, the human condition.


" The new myth coming into being through the triple influence of quantum physics, depth psychology and ecology suggests that we are participants in a great cosmic web of life, each one of us indissolubly connected with all others through that invisible field. It is the most insidious of illusions to think that we can achieve a position of dominance in relation to nature, life or each other. In our essence, we are one."Anne Baring 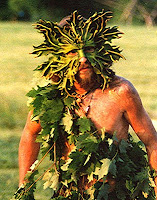 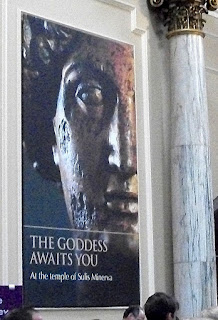 But this takes practice, much like a poet or a painter must commit to a life of deep attention and even reverence for the multitude of meaning around us.  An artist friend of mine calls this ‘pulling the moment,’ a way of looking deeper into experiences that inspire him.  In the writing classes I teach, I refer to this mystery as the difference between the ‘overstory,’ which is the visible plot, and the ‘understory,’ which is the invisible movement of the soul of the main characters.   In this sense myth is a living force, like the telluric powers that stream through the Earth.  It is this mythic vision, looking for the ‘long story,’ the timeless tale, that helps us approach the deep mysteries because it insists there is always the stories we really live by, rather than the one we like to think we are living, and moreover, decide if our myths are working for or against us.

If we don’t become aware of both our personal myths and the cultural myths that act upon us like gravitational forces, we risk being wholly overpowered and controlled by them.  As the maverick philosopher Sam Keen has written in Your Mythic Journey, ‘We need to reinvent them from time to time. . . .  The stories we tell of ourselves determine who we become, who we are, what we believe.’

"What is the new mythology to be,  the mythology of this unified earth  as of one harmonious being?"

Campbell is someone I will seek out in the afterlife. I've gotg a lot of questions for him. Great post, Lauren.