Isis Oasis, Lady Olivia, and Lots and Lots of Ocelots 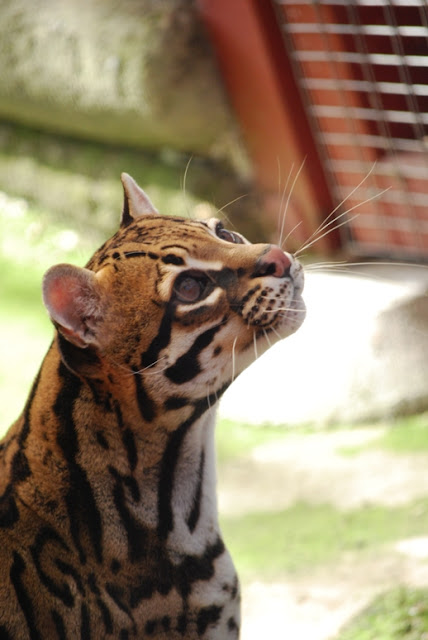 It was my pleasure to visit Isis Oasis on my trip to California, a sanctuary and retreat center I've visited many times in the past, and to visit with Reverend Loreon Vigne, the Founder of Isis Oasis Sanctuary and the Temple of Isis there.  Loreon's vision has created and sustained the Oasis for over 30 years, in the beautiful wine country of northern California.  Isis Oasis Sanctuary was founded in 1978. Before that time Loreon was an artist and  in San Francisco. She created a line of gift ware and jewelry called Noir Enamel craft and as her work became popular she needed a workshop. Answering a newspaper ad, she was delighted to discover that the building was on Isis Street - Loreon knew of this street, and because it was named for the Goddess  wanted to live there....this synchronicity was the "go ahead" for her.

Another reason Loreon moved  was because of her love for ocelots (and later for  servals, the "hunting cats" of ancient Egypt as well).  On this visit Loreon let me visit with several of the big cats.  Ocelots can purr, but they don't "meow", just growl their pleasure or dislike.  It was quite a treat to sit with a gorgeous cat the size of a good sized dog who growled convincingly like a tiger to let me know he wanted his ears rubbed. 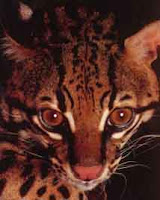 There are some that believe that Ocelots should stay purely in the wild to live or to die. Commonly held knowledge shows the difficulties that this amazing species faces in the wild - Poachers who hunt them for their beautiful fur, although it is an illegal practice, and the deforestation of their habitats.  Therefore I believe that a population of Ocelots kept in captivity is the only way to ensure their continued survival, for in ten years there may no longer be any Ocelots left in the wild in North America"


If you are passing through the area, it's just off of Route 101 and easy to find from the small town of Geyserville.  Camping is available, and rooms can be rented in the Goddess Hotel, which has a hot tub and pool.  I recommend the "Sekmet Room".

Isis Oasis has been where Lady Olivia has come for many years, and I can't write about Loreon and Isis Oasis without including Lady Olivia.  She's an amazing woman, and if you have met any of the Fellowship, you immediately are struck by what a wonderful, warm, life-affirming and creative group of people they are.  I found it annoying that the group is so often called a "cult".
Now let me see.........millions and millions of people believe that we are born sinful (especially women because of Eve and that forbidden apple).  Seeing this, God sent his only Son (who didn't have a mother, but was "incubated" in Virgin Mary) to be violently sacrificed like they used to do for God with sheep and goats ("Lamb of God") so that, instead of being eternally punished for being born (sinful, in other words), we could instead be "born again" and go to heaven with Jesus.  This proves that God loves us (unless, of course, you don't believe this story or are born in some other part of the world that has a different idea, or were born and died prior to Jesus coming to earth to save us.)  In those cases, whether God loves you or not, you have to spend all of eternity tormented in Hell.  So it's really, really important that you take the appropriate initiations and vows now, while you still have the chance to be "saved".
That's called Religion.  The Fellowship of Isis is called a cult.  Hmm.
Lady Olivia, who co-founded the Fellowship of Isis with her brother in Ireland (and now around the world)  is much loved by friends and family everywhere.....I met her briefly when I was at the Goddess Conference in Glastonbury last year.   Recently a movie has been made about the Fellowship and Lady Olivia  - She has come to Isis Oasis for Convocation and initiation of priestesses for many years from her home in Ireland - this year, her 96th,  is the first time she hasn't been able to come, although she's planning on coming next year, Goddess willing.
Below are Utube Videos about Lady Olivia and the Fellowship of Isis: 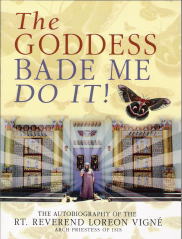 Nice post! I was considering the Fellowship of Isis a long time ago, I;ve always liked their work.

Wow, fascinating post. I have never read much about ocelots, know hardly anything about them. Hmm. New totem animal for cretive ventures for you, Lauren?