Stonehenge and a Dragonfly 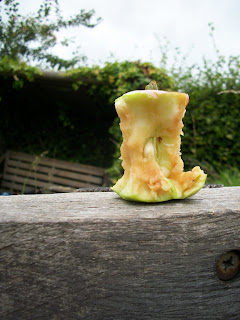 "We are living IN the Body.  Not ON the Body, but IN the Body."
Rachel Rosenthal
Soon to return to the States, and the "states of mind" that are part of returning to the familiar world, I decided to visit the Chalice Well a last time.  The sense of elemental Presence, of the Goddess, of countless pilgrims before me, of  genus loci, is so potent there.  I took some water to carry back in a flask, and thanked the Chalice as I drank,  engaged in what I realized was a private Communion ceremony.  Then walking up the hill on the path, I ate an apple of Avalon. 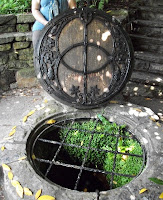 "My Body, My Blood"....... and my body, my blood,  the holy well travels as my own essence, nourishing my body and my thoughts.  How strange, to remember my long, long ago Episcopalian Communion services, here at the Red Spring. But, why not?  I am sure I would offend many Christians for saying it, but isn't this the true source of that communion?  In it's highest meaning, taking in the "blood and body" of Christ means taking in that spiritual essence that is identified as holy, the Light, Christ consciousness.  For me, that gift of wholly light flows from the ground in abundance, hangs round and sweet from the trees, offering, always offering me not "salvation", but a reminder of my  Inclusion in the circle. 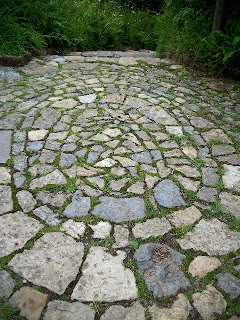 I found a bench to sit on, and a great abundance of apples.  Being blissed out, it took a little while to notice a Dragonfly - just one - that seemed to be buzzing me.  It darted in front of me, then forward, back again, then forward.  After a while, laughing, I said "ok, Dragonfly, let's pretend you want me to follow you."  At which point, darn if it didn't become even more excited, darting down the path, and then back.  So I got up, and followed the Dragonfly down the inlaid stone trail.  At intervals, the stones are inlaid into spirals or stone circles.

Darting ahead, the Dragonfly came to rest in the exact center of the circle in front of me.  And so, amazed, I sat down on the path (fortunately, no one was behind me) and contemplated this lovely encounter.  After about 5 minutes, Dragonfly flew off and disappeared.


"The word Dragonfly has its source in the myth that Dragonflies were once Dragons."
the Dragonfly Site *** 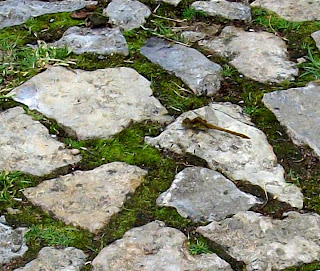 I've often written about what I like to call the conversant world.....but here was an encounter that left me breathless.  And like all real Communion, there are many layers of meaning.  But what this gift means to me is to always remember, coming from that place of personal pilgrimage and "en-lighten-ment".........to hold to the center,  to re-member.  I'm leaving, returning to my daily life soon.

I think I was given a perfect blessing and a  reminder for the future.  May I always return in spirit to that Holy Well, to remember, to be re-freshed.

Of course, no trip home could be complete without visiting the great stone monuments of the sacred landscape that is the Salisbury Plain.  5,000 year old Stonehenge, mysterious and awe inspiring, surrounded with its huge circle of worshipful, camera snapping tourists, and then the equally amazing, 1,000 year old stone and glass Salisbury Cathedral.


Having spent so many years in Circles, and read so many fantasy books as well that included imagined Pagan rites in places like Stonehenge...........I had to laugh at the intensity of hundreds of  tourists, dashing out of the many nearby thundering  buses, to encircle the mighty circular henge of the stones, worshiping them with snapping cameras and brightly colored umbrellas.  "I'll be darned", I thought.  "Services are still going on here!"

As the tour guide reminded us, Stonehenge sits in the center of a sacred landscape, that includes the many barrows, and not so far away, the henge and avenues of Avebury.  If you include in the picture the idea of energy leys that dowsers and geomancers speak of, tracing the "Dragon lines of ancient wizards" the visible and invisible add greatly to the picture.  Stonehenge is awesome, although I must say Avebury impressed me more with it's sweet sense of the elemental powers, the ancient stones honoring those forces, and somehow including me, and wandering sheep, into the picture.

Last, just a few pictures of the beautiful Cathedral just 9 miles from Stonehenge, in Salisbury.  I was fortunate to visit while a service was going on, to hear the pipe organs an a choir.  Gorgeous.  I have nothing to add, as the pictures say it all.

Except, right, the bronze "sorrowful Madonna", a contemporary sculpture that greets you on the way to the entrance.  The Madonna's hand has been rubbed to a bright finish, from all the people who touch her in prayer and sympathy........I found that moving. 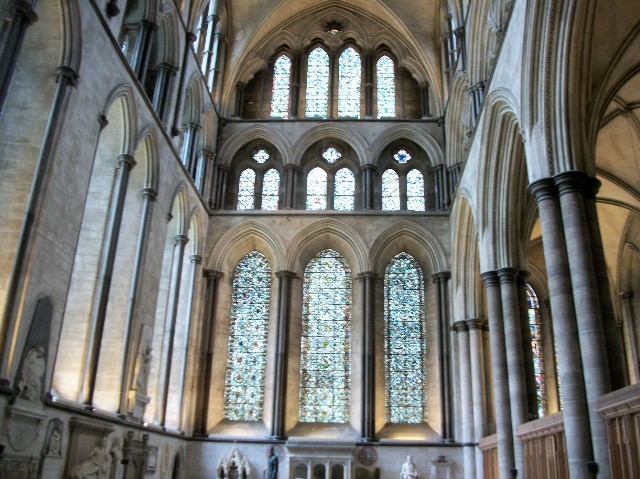 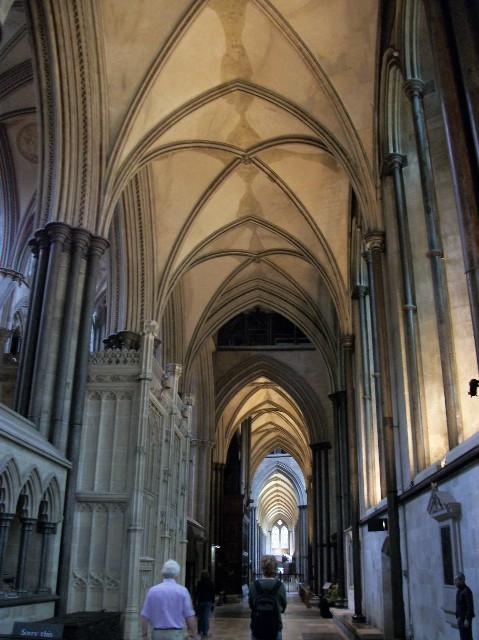 ***   For my own insight, I wanted to copy here some interpretation of Dragonfly from "The Dragonfly Site", which I greatly enjoyed reading.  Particularly, I thought of the fact that dragonflies are creatures of water, and also, they were once, mythically speaking, Dragons.  Of course the Dragon is entwined in Arthurian legend, and the stories of the two wells, the red and the white, may well be the source of the tale of Merlin and the two underground Dragons.  Dragons are also  the "dragon lines", the Earth mysteries and ancient Earth Mother.

so much in this post. the cathedral, the dragonfly, the well, the virgin. i feel like i too have taken a journey. have a good trip home.

Wow, what a journey you've enjoyed! These photos are terrific. I love that the dragonfly coaxed you to follow him/her. I also liked your interp - particularly given where you are.

We have a lot of dragonflies in Florida, but whenever one pursues me - s this one apparently pursued you! - I know that messages, positive messages, are on the way.

Your book goes out tomorrow and I apologize for not sending it sooner!