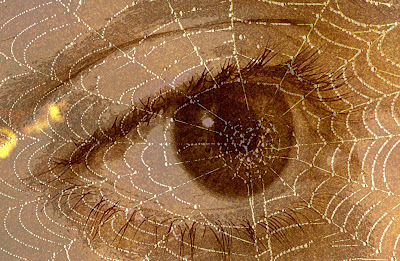 The "Blog sphere" has been a continuing source of information and inspiration - recently I received a fascinating correspondence from Robur D'Amour, who shared with me his insights about "Marga", having read some of my own posts on synchronicity. Marga is a term I've not run across before, a concept that resonates deeply for me with what I've fancifully called "conversations with the world". Robur   kindly gave me permission to quote some of his insights. 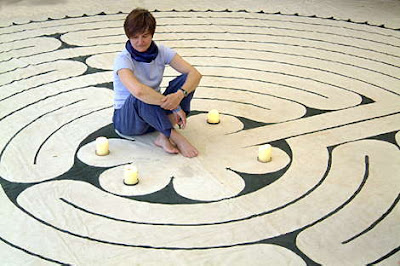 "'Marga' is a term that means following a path of signs or symbols that lead a person to their spiritual self. Marga is a bit like finding one's way through a labyrinth, by reading signs that are given to you by the unconscious."

Jung believed that what mattered in life, to him, was to find his spiritual identity. He believed that a person could do this by leading what he termed a 'symbolic life'. Jung wrote:

“when people feel they are living the symbolic life, that they are actors in the divine drama... That gives the only meaning to human life; everything else is banal and you can dismiss it. A career, producing of children, are all maya (illusion) compared to that one thing, that your life is meaningful.”

I think that this idea is the same thing that Joseph Campbell, who was a great admirer of Jung, refers to as 'marga'. It's a way of living, without following any particular creed or any rules worked out and written down by someone else, other than paying attention to what is presented to you by Fate, the Goddess, God, or the unconscious. In The Hero's Journey (p45) Campbell writes:


"Adolf Bastian, a German anthropologist, has meant a great deal to me with just this main idea. The common themes that come out of the collective unconscious he calls elementary ideas.... In India, in art criticism, the elementary ideas are called 'marga', the path. Marga is from a root word 'mrg', which refers to the footprints left by an animal, and you follow that animal. The animal you are trying to follow is your own spiritual self. And the path is indicated by mythological images. Follow the tracks of the animal and you will be led to the animal's home. Who is the animal? The animal is the human spirit. So, following the elementary ideas, you are led to your own deepest spiritual source." 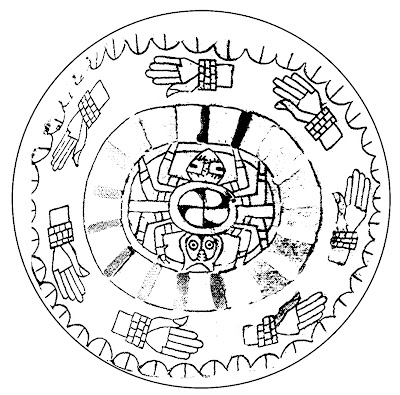 A snippet of that piece can be read on Google books: The Hero's Journey (Marga).

In practical terms, this means paying attention to what we see in the world around ourselves, and in particular to symbols presented to us, in dreams and the things we come across in our daily lives. The symbols we see around us are presented to us by - Fate, the Goddess, God, the unconscious, or whatever name you like to give to the thing that we cannot see, but what determines 'what happens next'.

Following the links in a trail of symbols that are presented to us by the unconscious, amounts to finding one's way through a labyrinth, by reading the signs. Labyrinths and mazes were common features in Elizabethan gardens.

"The marga (path of symbols) that I seem to have been unwittingly following is a very curious one.  I originally seemed to connect the word marga with Megara." he wrote, "Megara was popularised as the heroine in the Disney version of Hercules. It's 'only' a film for children, but it does, to some extent, bring the archetypes to life. Megara is a very vivid anima archetype."

I personally was somewhat amazed, speaking of my own "Marga", to read his comment that:

"Megara was originally a Greek word for a fissure in the ground used for sacred rites connected with beliefs about the underworld (the unconscious) and Persephone-Hecate." 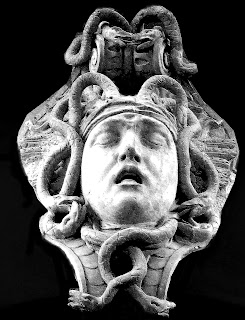 In 1993 I began a novel (The Song of Medusa), which I wrote with artist Duncan Eagleson and which was inspired by the writings of  Riane Eisler.  It was based on the idea of an ancient shamanic priestess of an old-European, Earth Goddess culture. The priestess was called a "Singer", and she entered altered states of consciousness and prophesy by going into fissures or caves in the earth. The novel was about the conflict that happened as her world was shattered by the invasions of warlike, Indo-European tribes. As the little novel evolved, somehow, and surprising indeed to me, my own version of the myth of Persephone also evolved within the story, so much so that it became the novel's secondary theme. Learning about "MARGA" and "MEGARA" is a revelation for me. It seems, once again, that in the course of opening to the creative process, we do indeed open to the collective mind.
Posted by Lauren Raine at 7:00 AM

Wonderful post! I've never heard that term, either. But creativity is certainly venue for experiencing synchros!