Litany for the Lost 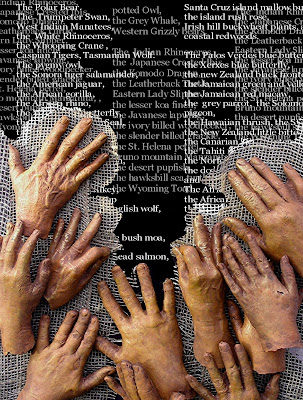 "In 1987, the last Dusky seaside sparrow disappeared from the earth. Imagine the people of Merrit Island, Florida, gathering to hold vigil on the marsh's edge each June 15, the anniversary of it's passing. Or imagine the citizens of San Francisco gathering in the spring, beneath rustling eucalyptus trees at the Presidio, to remember the Xerces blue butterfly. That was where the last one was seen, in 1941. Can you imagine the California condor, it's wings circling in the desert air? Can you hear a Mexican Grey wolf, howling in the night? Psychologists have not begun to ponder the emotional toll of the loss of our fellow life. Nor have theologians reckoned the spiritual impoverishment that extinction brings. 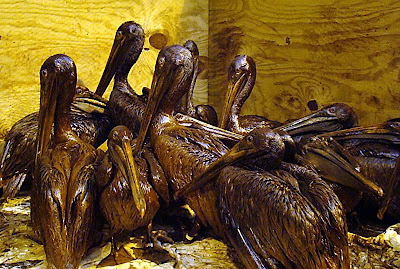 There are many times I sit at the computer, and spew out moments of quiet despair, but it never ends up on my blog. I've lived, sometimes, in a rather shallow, if well- intentioned, sphere of people who are dedicated to being POSITIVE like some people are dedicated to low carb diets. Don't get me wrong; positive thinking is essential. However, so is the reality of grief, grief at the mindless and continuing loss of fellow Relations. I remember reading earth activist Starhawk's quote, years ago, when I was feeling my way through the spiritual supermarket: "If we keep going with the flow, we're going straight to hell". This was in 1987.

"The state of Louisiana has identified 210 birds, reptiles, amphibians and mammals likely to be hurt by the spill — including about a dozen threatened and endangered species. Another 445 fish and invertebrate species will also be affected. No estimate exists yet as to the number of corals and plants such as sea grass and wetland vegetation likely to be covered in oil, but this area of the Gulf is home to abundant communities of deepwater corals. One recently discovered species, the pancake batfish, could be snuffed out by the disaster. On land, the approaching hurricane season could bring storms that would push the oil into inland freshwater wetlands."

If we can imagine that we are not the only sentient beings evolving upon this great Mother Earth, upon Gaia, if for just one moment we can hold other lives that fly, or swim, or walk on four legs within our hearts as Family, if for just one moment we can hold in our hearts the lives of those humans who are yet to come, and will live in a world that may well be without the beings below............I offer this Litany. To remember what is being globally Lost. 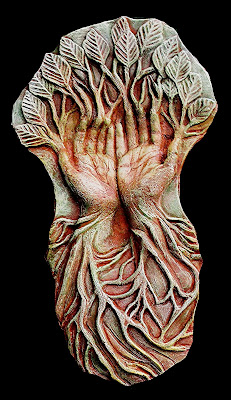 “What might we see, how might we act, if we saw, like Penelope the Weaver, the world with a webbed vision? The world seen through a web of relationships…as delicate as spider’s silk, yet strong enough to hang a bridge on.”

It is such a challenge to hold both the joy and the grief... I'm challenged by the "its all love and light" stuff out there. For, quite frankly, it isn't. And, yes, I agree a positive attitude is great, and so is feeling the deep despair of these times, for how else will we feel desperate enough to create change if we can't hold the whole truth? It was hard to read that list, but I thank you for it.... ugh.

Wonderful post. And I agree, it's not always easy to be upbeat and positive when all you see on TV is misery and oil slicked animals and birds.