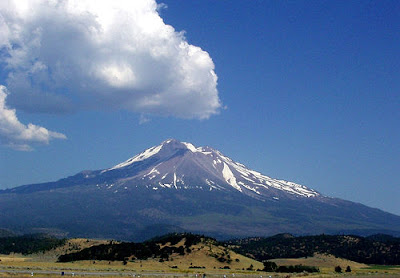 Just returned from a brief visit to Mount Shasta in Northern California - the great dormant volcano that rises impossibly in the distance, dominating hundreds of miles with it's vast brooding presence. In the valley where I stopped to first view Shasta, a marker described many mysterious stone circles native peoples left on the plain. But I reflect that it is not so mysterious - standing before that awesome, snow clad Great One, ancient peoples must have had the impulse to leave some form of offering.

Shasta has long had a reputation as a spiritual center, and stories of ancient Atlaneans and Lemurians abound, as well as native lore. The community of Shasta City is full of artists, healers and metaphysical seekers.........having watched Sedona, America's "crystal capital", lose it's character and vitality from it's earlier, eccentric, mystical years (replaced now with tennis resorts and expensive spas)............it was great to see that Shasta City has not gone down the same path. I wished I could stay for longer.

Here's a photo of Shasta with one of the unusual clouds it generates. It is also a focus for speculation from people who are interested in UFO's.

And by the way, my friend Fahrusha reminds me that the annual MUFON conference is due to meet in Colorado. Whether you believe in UFO's or not, there is no doubt that this conference would be a lot of fun. 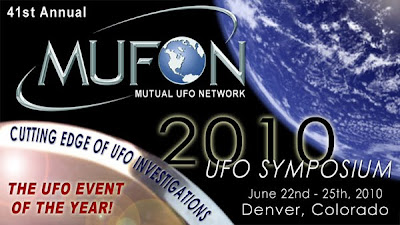 The name Shasta is known to gardeners throughout the world as the name of a plant, the Shasta daisy.

It's a glorified version of the Ox-Eye daisy, developed by one Luther Burbank, who lived in that area and named the plant after the mountain.

Beautiful mountain, on my list of places to visit if I ever travel from my enchanted forest again!

And I just returned from the garden center with two large Shasta Daisies for the garden... interesting to know where the name came from, new info!

Thanks Robur.....yes, I know about the Shasta daisy. Luthor Burbank (the city of Burbank in southern California is where many movie studios are) was an absolutely amazing man, philosopher and horticulturalist. He was, in the 20's and 30', a theosophist, and very interested in working with the spirits of plants.

I hope you can all visit Shasta sometime - cheaper accomodations can be had in the little town of Weed, just north of Shasta City. I really understand why mountains were sacred places of pilgrimage, after seeing Shasta.