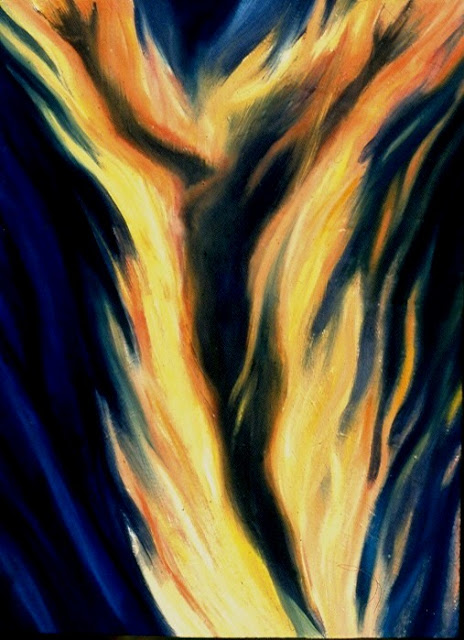 Going through my old files, I seem to have done quite a few paintings over the years about............Fire!  These are all paintings I really have never shown, most them lost by now as well.  Most of them were done in the month I was at the Cummington Community, in western Massachusetts, for a month, my very first artist's colony residency.  That was 1989, and it was such a magical month, the images just poured out of me, each morning I woke up with another one of them.  I believe they were about..........transformation, transformation of consciousness, of communion, of form, the element of fire representing all of those things.   Some of them seem strange to me now, clumsey, some of them I still like.  I don't really know what to say about them now, except that I wanted to just share them, finally, after all these years. 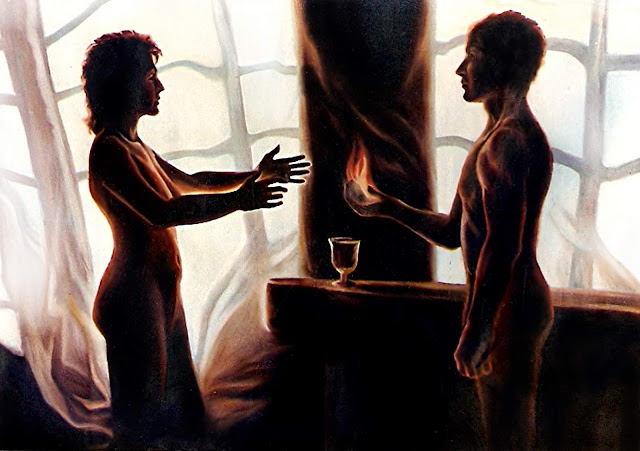 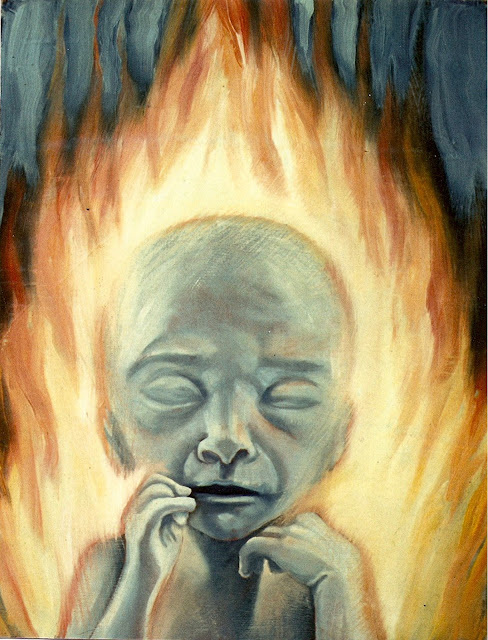 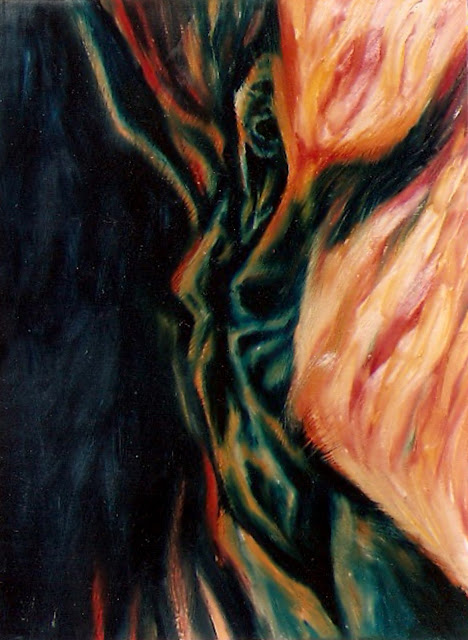 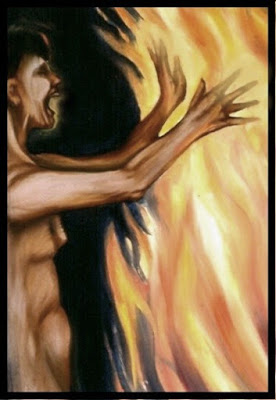 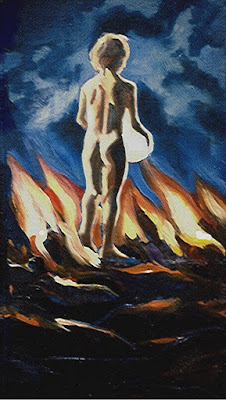 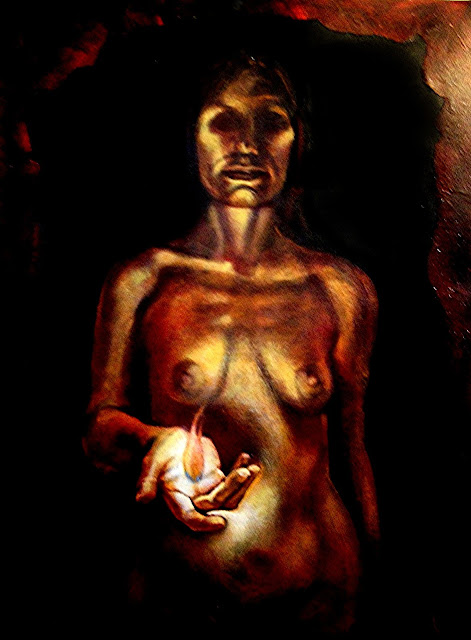 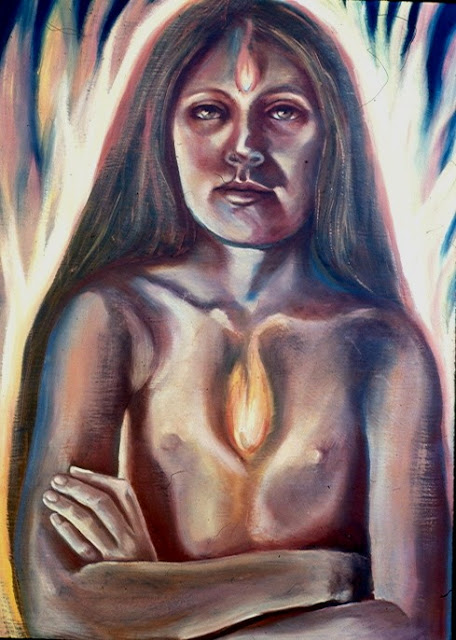