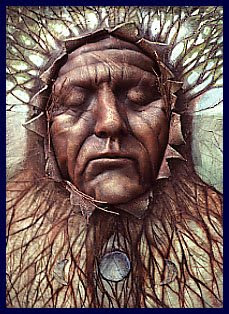 “…the word saga has been translated out of its original meaning, which was ‘She-Who-Speaks,’ that is, an oracular priestess, such as were formerly associated with sacred poetry. The literal meaning of saga was ‘female sage.’ The written sagas of Scandinavia were originally sacred histories kept by female sagas or ‘sayers,’ who knew how to write them in runic script. Among northern tribes, men were usually illiterate. Writing and reading the runes were female occupations. Consequently, runes were associated with witchcraft by medieval Christian authorities. To them, saga became a synonym for witch.


I was thinking about not so long ago about the depths that aging brings to the so-called "dark and light" within the stories of our lives, weaving, hopefully,  an increasingly visible gestalt. And  one of my favorite words, "Compost" ( derived from the town of Compostella, wherein a famous "black Madonna" is housed)..... is another, more organic word for "Transmutation" wherein "gold" is distilled. Composting is the alchemy of life, going on all the time within the depths of Earth.   Just as this process is going on in the depths of our souls and psyches as well.  Or should be..............

I love contemplating what I can learn about the roots of words.  For example, the word "witch" is related to "wicca", "wicker", and "wick", words that relate to the life force, a flame, and weaving.  Following this thread (!) I was wondering if there was another word for the "Crone" archetype (I just don't vibrate with calling myself a "crone" somehow.  It's kind of like calling myself a "scone", full of old crumbly crust, no teeth, and, culturally, implies being a useless old woman.)

I remembered a Saga Storytelling Festival I was once invited to attend. "Saga" is a Scandinavian word that means  "a long, ancestral or heroic story" with many threads.    According to the dictionary, "Saga" is:

1. a. Any of the narrative compositions in prose that were written in Iceland or Norway during the middle ages; in English use often applied spec. to those which embody the traditional history of Icelandic families or of the kings of Norway….

b. transf. A narrative having the (real or supposed) characteristics of the Icelandic sagas; a story of heroic achievement or marvellous adventure. Also, a novel or series of novels recounting the history of a family through several generations, as The Forsyte Saga, etc.

Now freq. in weakened use, a long and complicated (account of a) series of more or less loosely connected events.

According to mythologist Barbara Walker, Saga also means "She Who Speaks". Similar to the masculine "Sage", a Saga is a wise old woman, a female mentor and teacher. She-Who-Speaks is the potent teller of story, because she embodies, within her long life, a long, interwoven, generational, story - a Saga.  Perhaps the male counterpoint is "Sage".


A  Saga holds a thread that weaves through many lives into the distant past.  In the telling she casts her warp and weft with her telling  forward into the lives of Sagas to come.

Another one of Spider Woman's many names! 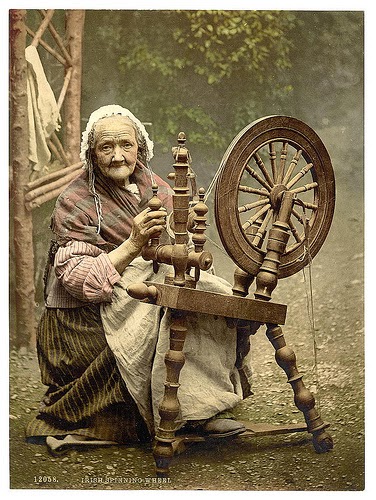 Beautiful post! I love the breakdown of words, Lauren.