Soundings of the Planet? Gaia's Voice? 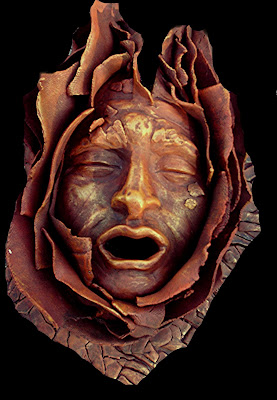 My friend Fahrusha gave me permission to reproduce the fascinating article she recently posted on her Blog  about the strange phenomena of rhythmic sounds heard in different parts of the world, which she suggests could "Gaia's Voice".  Although there have been quite few "copy cat" fakes since the video  from Kiev was posted, there seems to be fairly good evidence that the video below is genuine.  My  thanks to Fahrusha, who is a noted psychic in NYC, for her article below and her blog.

On August 23, 2011 between 12:30 and 1:00 p.m. I was traveling on a ferryboat from Fire Island N.Y. to Long Island N.Y. after a too short holiday. There was a small girl about four years old who was also on the boat with a group of relatives. We were both riding on the open top level of the ferry. Towards the end of the ride I was gazing at the shore in anticipation when the level of the Earth seemed to shift. The sea was very calm. The child noticed it too and pointed and cried out to her fellow travellers who had not seen it. I mentioned it to my companion with a bit of anxiety but he hadn’t noticed it either.

Soon I was in a car driving west toward Manhattan. The event on the ferry probably would have passed totally from memory had it not been for the news I heard on the radio when I returned to the car after lunch: THERE HAD BEEN AN EARTHQUAKE IN NYC!!! Totally surprising, and as it turned out the actual epicenter of the quake was in Virginia, but it was clearly felt in New York City. The visual anomaly seen by myself and the child had been approximately an hour before the earthquake struck. Was there any connection? I do not know.


On Monday, February 02, 2009 at 10:34:19 PM and Tuesday, February 03, 2009 at 03:34:19 two earthquakes were felt just to the south of the location where I had been. I was not present for either of them but was told by several persons who were, that the sound was like that of a large truck that had been dropped from a great height.  Recently I have become aware of the mysterious sounds which a variety of people from many places around the world have heard. There are purported recordings of these sounds on YouTube, some of which are probably hoaxed, but I think not all.

What I personally think may be happening is related to global warming.  As the Earth’s temperature is rising quickly (in geologic terms) perhaps on average a degree a decade, the polar ice caps and many glaciers are melting causing a displacement of water. Simply put, large amounts of water in the form of ice are melting and the water in liquid form is going elsewhere. In the North Arctic/Atlantic region the melting fresh water being dumped into the sea seems to have affected and diverted the Gulf Stream causing Europe to have a record cold winter. With the Himalaya glaciers melting there is abnormal flooding in Pakistan and Bangladesh in the rainy monsoon season.  In other places the lack of snow/ice/glaciers are causing the land to rise very slowly and unevenly causing some of these sounds and earthquakes. Water is extraordinarily heavy even when it is only a few feet thick. Think of massive amounts of rock under considerable pressure shifting against one another for perhaps miles on a seam under the surface of the Earth. Granted, this explanation is somewhat simplistic, but generally speaking this is what I believe to be happening.

It would seem that it is The Mother Gaia speaking to us.

For an interesting compilation of these trumpet-like mechanical sounds heard worldwide and some back stories from experiencers go to http://www.earthfiles.com/news.php?ID=1940&category=Environment which is Linda Moulton Howe’s Earthfiles website.

Terrific story. I've read a lot of posts on various blogs about this. The personal touch here really underscores the phenomenon.