Reflections on remembrance and honor 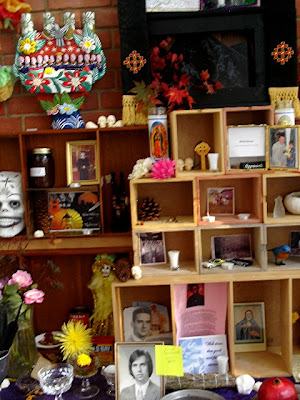 Where do the dead go?

The dead that are not corpses,
cosmetically renewed and boxed,
their faces familiar and serene.
Or pale ashes
in elegant canisters.

I ask for the other dead,
those ghosts that wander
unshriven among our sleep,
haunting the borderlands of our lives.

The dead dreams,
The failed loves.
The quests,
undertaken with full courage
and paid for in blood
that never found a dragon,
a Grail, a noble ordeal
and the Hero's sacred journey home.

Instead, the wrong fork
was somehow taken, or the road
wandered aimlessly,
finally narrowing to a tangled gully
and the Hero was lost,
in the gray and prosaic rain,
hungry, weary, to finally stop
glad of bread, a fire,
a little companionship.

Where is their graveyard?
Were they mourned?
Did we hold a wake,
bear flowers,
eulogize their bright efforts
their brave hopes
and commemorate their loss with honor?
A poem? A stone to mark their passing?

Did we give them back to the Earth
to nourish saplings yet to flower,
the unborn ones?

Or were they left to wander
in some unseen bardo,
unreleased, ungrieved.
Did we turn our backs
on them unknowing,

their voices calling,
whispering impotently behind us
shadowing our steps?

It was moving last night to participate in a candle ceremony at Wesley, connected to the Dia de los Muertos altar that I and my class made this past week. I thank Deborah Sokolove and Dennis Crolley for initiating the ceremony. I lit candles for my brother, friends lost in the past several years (including animal friends), and a candle as well in memory of all the species endangered and extinct as humanity continues to overwhelm and change the life webs of our world. I mourn the loss of all my fellow life. 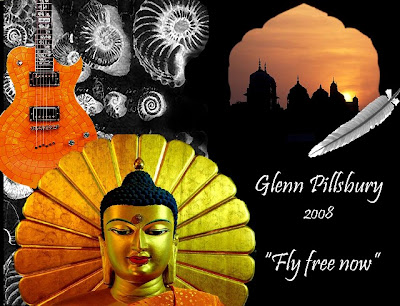 I was thinking, as I do at this time of year, about remembrance and honor. "What is remembered lives" is a chant from the Spiral Dance, and like to think of it in terms of re-membering as well, re-joining and re-connecting what is part of a whole. That's what a "webbed vision" means to me - to see the links, to seek out the connections, aware of a lattice of interconnection that continually expands beyond our limited personal views. Seeing in inclusive instead of dissecting ways, in terms of relationships and reciprocities.

I think honor is a very important word, particularly within this understanding. If we cannot honor the unknown ancestors who made it possible for us to live, if we cannot honor the people, living and dead, who have informed our lives and experience in every way, if we cannot honor even the animals and plants, which are not "commodities", but living beings, whose bodies and lives made it possible for us to live......if there is no honor for this intimate and also vast web of giving and taking, of exchange of energy, of relationship ........if there is no honor, there is no cohesion. The center cannot hold.

A few years ago, I began receiving some well meaning New Age emails from a group called "Go Gratitude" that was promoting gratitude as a worldwide cause (along with perky emails to circulate, and a necklace with their logo you could buy.) There was some of the magical thinking in their program I associate with "The Secret", which implied that with an "attitude of gratitude" (and positive thinking) one could also achieve "abundance" ...and presumably get the things one might desire. While I appreciated them, I also found it kind of appalling that all those slogans and "abundant more-ness" (since we are a society that cannot do something unless there is a suggestion of profit) were deemed necessary to promote a fundamental virtue. Foundational, and profound. To me, gratitude is the only logical response, the only remaining affect, one can arrive at when understanding and vision has expanded beyond the most limited and immature means. Gratitude, in other words, is the natural outcome of any kind of spiritual maturity.

I remember that Carolyn Myss, in her book Spiritual Anatomy, commented that honor and gratitude were like the backbone, the skeletal structure upon which an individual builds his or her sense of purpose within a perceived community. Without a sense of honor, it is hard to "stand" or to have "standing". To comprehend that our life stories are woven into a vast tapestry, a continuum, a greater whole that somehow, even when we cannot see it, lends "holiness" to our lives. Lends an appreciation, a comprehension, of the "whole". 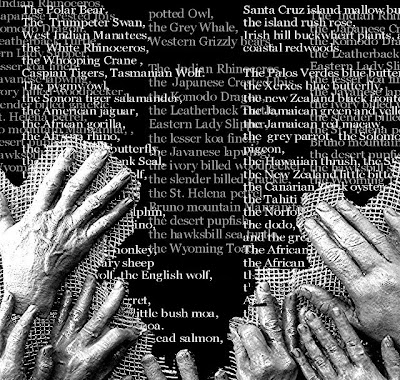 "In 1987, the last Dusky seaside sparrow disappeared from the earth. Imagine the people of Merrit Island, Florida, gathering to hold vigil on the marsh's edge each June 15, the anniversary of it's passing. Or imagine the citizens of San Francisco gathering in the spring, beneath rustling eucalyptus trees at the Presidio, to remember the Xerces blue butterfly. That was where the last one was seen in 1941. Can you imagine the California condor, it's wings circling in the desert air? Can you hear a Mexican Grey wolf, howling in the night? Psychologists have not begun to ponder the emotional toll of the loss of fellow life. Nor have theologians reckoned the spiritual impoverishment that extinction brings.