"A Shrine for the Sixth Extinction" 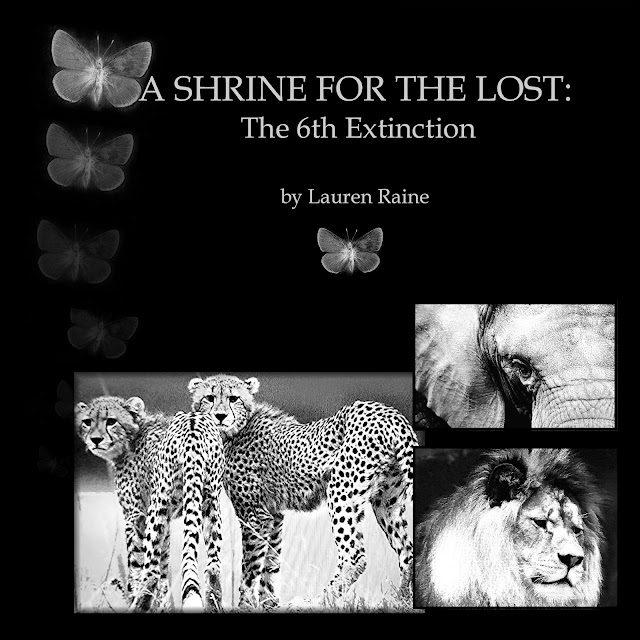 “By burning through coal and oil deposits, humans are putting carbon back into the air that has been sequestered for tens—in most cases hundreds—of millions of years. In the process, we are running geologic history not only in reverse but at warp speed.”  Elizabeth Kolbert, The Sixth Extinction: An Unnatural History

In 2000 I participated in a Samhain "Litany for the Lost".  5 people, standing in a circle, recited names of extinct and vanishing Species.  It was important that we remember the names of some of our  fellow Beings that were lost to the future in ever increasing numbers.  I have thought about that for years, and received a grant from the Puffin Foundation  for which I am very grateful,  to create a  "Shrine for the Lost:  The Sixth Extinction".

“Homo sapiens might not only be the agent of the sixth extinction, but also             risks being one of its victims.” Richard Leakey

We are not the only life forms striving to evolve on our beautiful Planet Earth, and as species are lost, the Balance of ecosystems breaks down, like a tapestry unravelling.  It is the greatest of human arrogance to think that humanity is not a part of that tapestry, and that our lives do not also unravel with it. 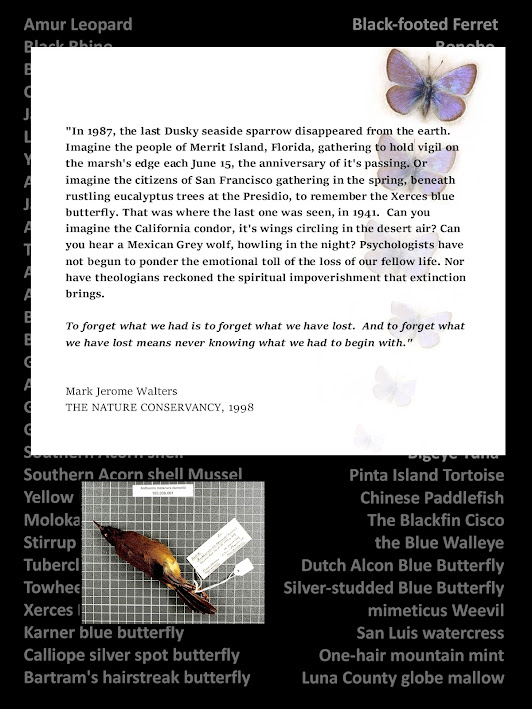 My Dia de los Muertos "Shrine for the Lost":  the Sixth Extinction   consists of 4 wall hung panels, exhibited with a book, a candle, and a short video.  Each panel has 2 vertical lists with interspersed visuals and is 7 feet long.  I wanted to grasp the magnitude of our loss by actually seeing these long lists......which I could have made much longer.
The Installation includes my accompanying book A Shrine for the Lost:  The Sixth Extinction and a video  "Litany for the Lost", which artist Kathy Keler  collaborated with me on.  I am very pleased that this Project is completed, and it is my hope that it will serve to educate - and to remember - the profound tragedy of our continuing loss. 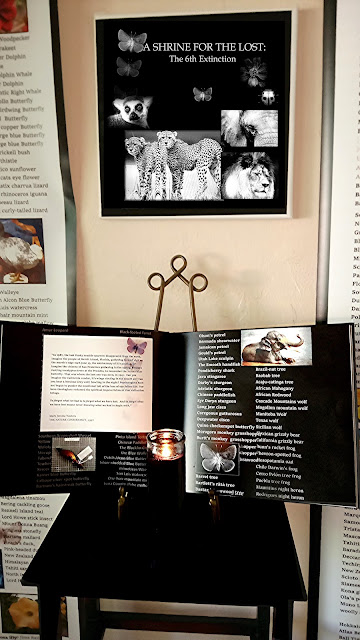 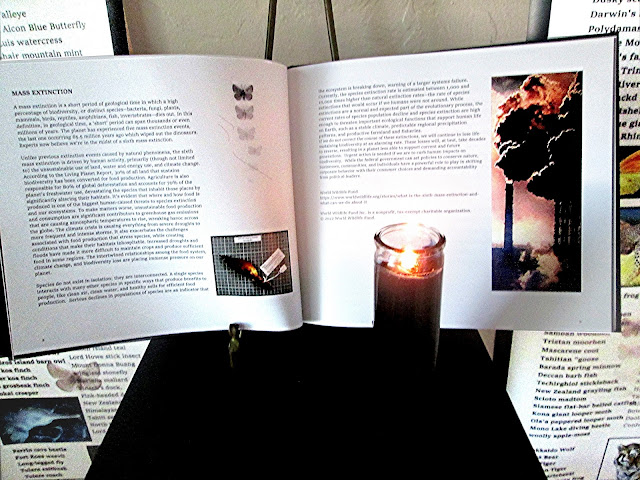 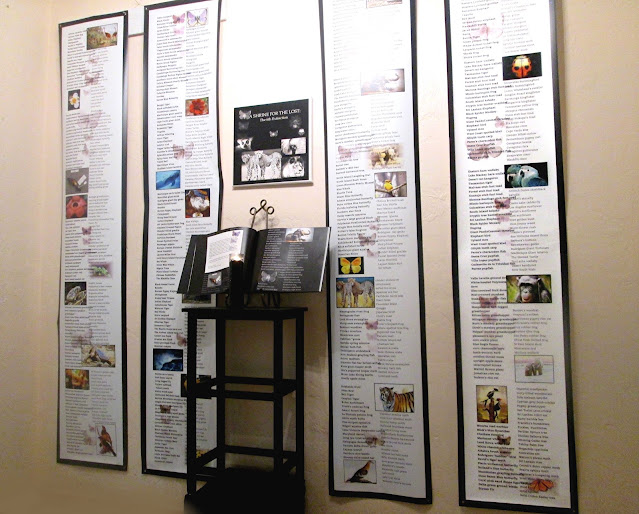 I have made application to create the Shrine at the 2023 Parliament of World Religions, and hope this exhibit will have a chance to travel in the future.  Below are details from the  Panels.  It's my hope as well that I can show it in collaboration with those who can talk about what we can do individually to help to slow this loss of habitat and environmental degredation - such as learning to compost, to eat less meat, and to use clean energy.
Lauren Raine MFA
November 2022 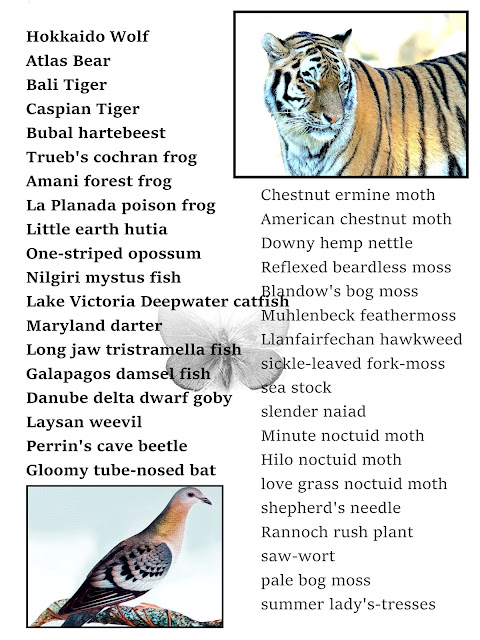 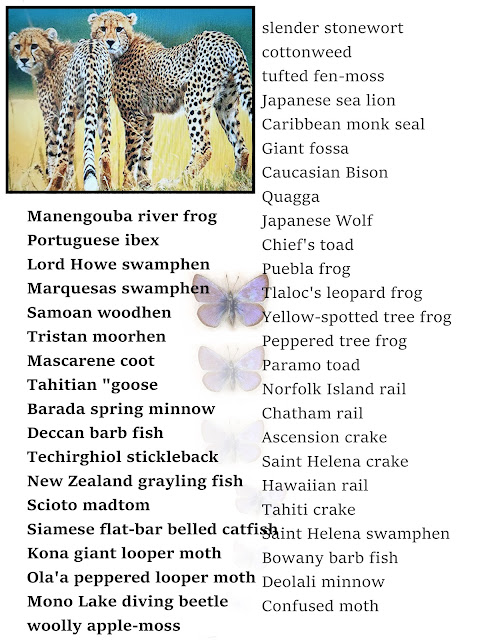 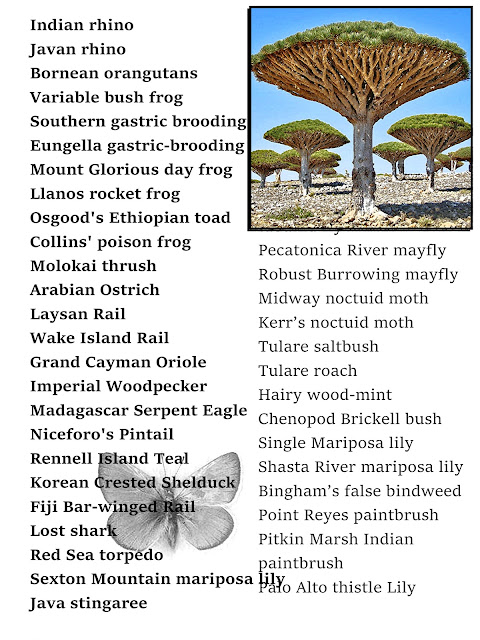 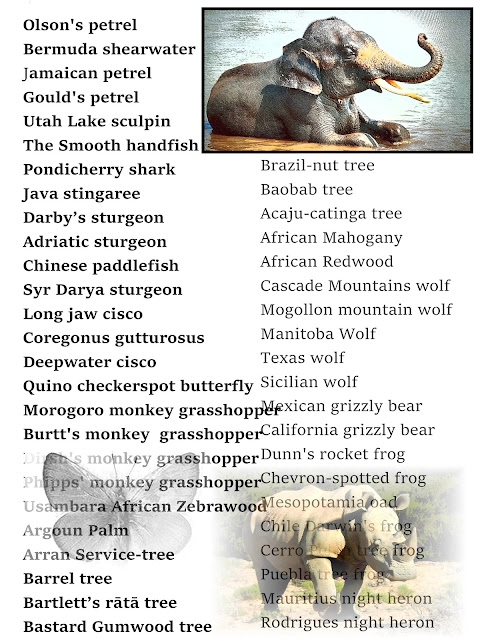 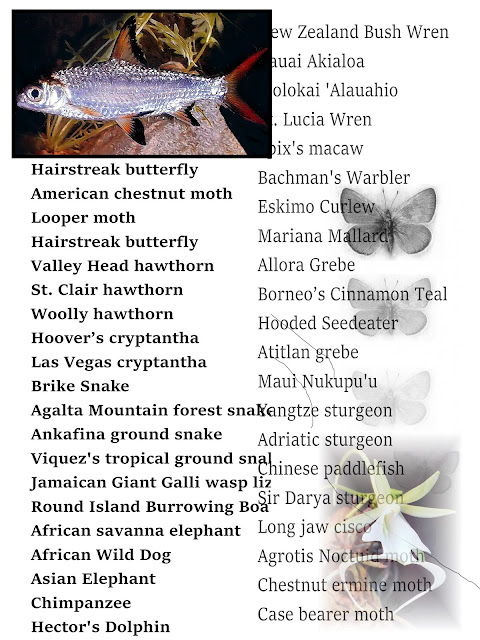 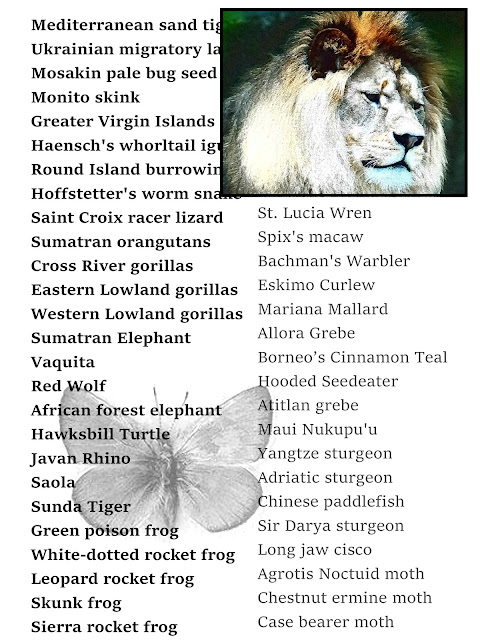 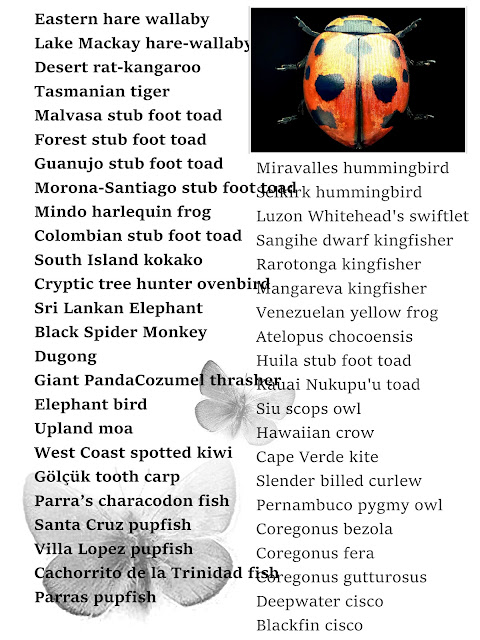 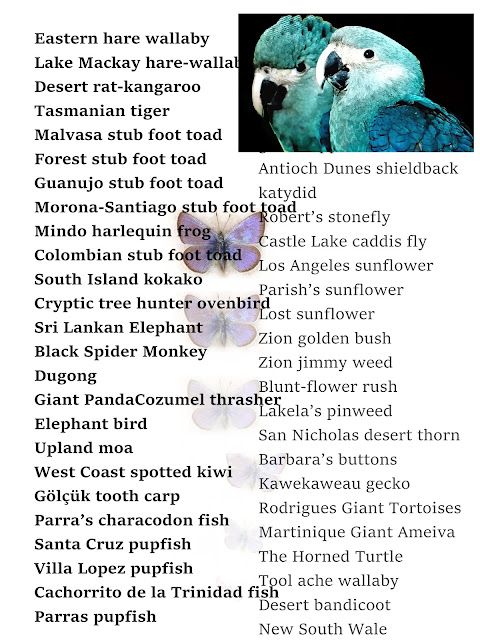 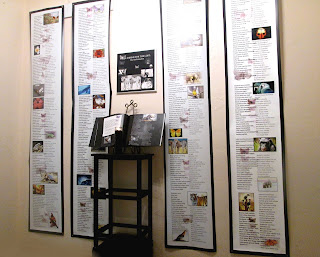