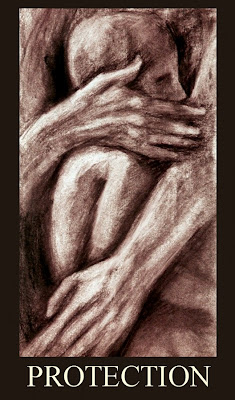 I've come to believe, experientially  more than conceptually,  that mind is more than the physical body and brain, and that we are far more connected with each other, and our planet,  than we can imagine. We are  very permeable, indeed we have to be so, because we are constantly exchanging life force with the planet and everyone who has ever lived with every breath we take; exchanging energy and information with each step we take and every word we utter. The exchange and negotiation of energy is the fundamental dance of life. 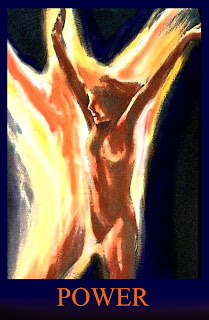 True psychic vampires are rare.  Most of those are people who emotionally or physically can't generate their own energy.  Only a very few are conscious psychic vampires, people who have learned to gather the life energies of others.  These people are addicts.

About 15 years ago, I broke my leg, and was confined to a wheelchair for 4 months.  It happened that I was offered a couch in a friends studio, which was in a lovely complex that had other studios, a few shops, and a chiropractor's office, so people were always coming and going, which I enjoyed.  But because so much of my energy was going into mending my broken bones, and I often felt weak, I became quite sensitive to how interactions with others affected me.  Some people were like bright lights - I felt enlivened when they entered the room.  Most were neutral.

But there was one woman I'll never forget.   Although she was a fascinating woman, who ironically was a practicing psychic, every time she came by to visit  I'd be flat on my back afterwards, sometimes all day.   I don't know if I would have realized her "vampire" effect so clearly, had I not been in a sensitive lowered energy state because of my healing  recovery.   What made her like that?  I can't possibly know, although I would bet it arises from some kind of traumatic childhood.   I have also met, only once, a very rare conscious "psychic vampire", who knew what he was doing and practiced a form of energy theft consciously.  But that is another story.

So why is it you keep attracting these soul suckers?

Indigos and Empaths are innate healers and are drawn to those in need.
Newsflash: Energy Vampires don't want to be healed!! They don't want to be saved.It's the attention you give them when they have a (usually self-created and unnecessary) problem that they crave.  They are survivalists. As long as they have a food source - you, they have no incentive to heal or take care of themselves. The more you try to solve their problems the more problems they are going to have.

Energy Vampires often serve as a mirror to your own self-worth. 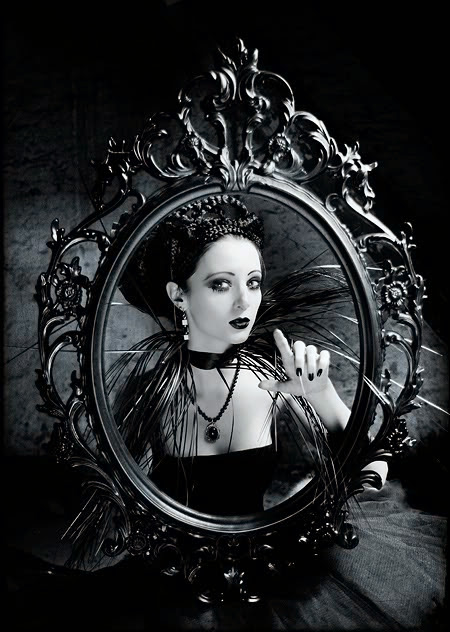 You open the door to Energy Vampires through your insecurities. You may have your own feelings of victim-hood or powerlessness. You may be approval seeking. Co-dependence issues is their golden ticket to ride.  It's possible that you may only feel good about yourself when you help others. You may feel unworthy of love or friendship unless you do something for it. You may feel guilt for having good fortune when so many others seem to be down and out.
You may have an addiction to Energy Vampires. Do you like being needed? Do you have the need to please? Does being around an Energy Vampire make you feel better about yourself?You may be an Energy Vampire yourself. When you allow yourself to be drained by an Energy Vampire do you turn around and drain somebody else? Do you only get attention when something negative is going on?
The truth is, you have to vibrate on the same level as an Energy Vampire in order to attract one into your life. Your thoughts and your core beliefs are what creates your vibration. Your emotions are your indication as to what vibration you hold.
No protection technique is going to save you from an Energy Vampire.

Commit to doing what it takes to be happy. Raise your vibration so high as to not be a tool for an Energy Vampire. Don't live your life based on others expectations of you. Meet your own needs. Set boundaries. Saying NO does not make you an asshole (though they will certainly try to make you feel that way). Being a good person is not determined by how much you self-sacrifice.
Be a vibrational match to the kind of people you want to be around. If you want to be around respectful, competent, and well adjusted people - you need to project those qualities from within yourself. Root out any negative core beliefs about yourself that attract the people you don't want in your life. Transmute those beliefs into positive ones so that positive people will show up accordingly.
Realize that Source is an infinite energy. We all have our very own stream of Source Energy. So, it is actually impossible to give away your energy or to have it taken from you. It's just that Energy Vampire's actions cause you to have negative thoughts that pinch you off from your own Source. When your Source Energy flow is restricted you start to get physical symptoms of exhaustion, confusion, depressed, etc.
Make feeling good a priority. Get your Source Energy pumping by doing what you love and what energizes you. Love yourself enough not to be liked by those that exhaust and bring you down. You don't owe anyone anything. You are worthy of a reciprocal and respectful relationship without having to serve and provide your life force energy.
You can hold thoughts that allow Source Energy or thoughts that resist and restrict it. It's up to you. Consider doing Shadow Work to uncover your resistant vibrations. 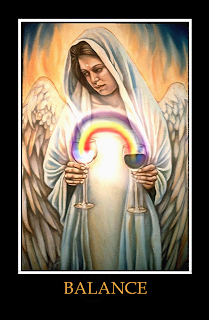