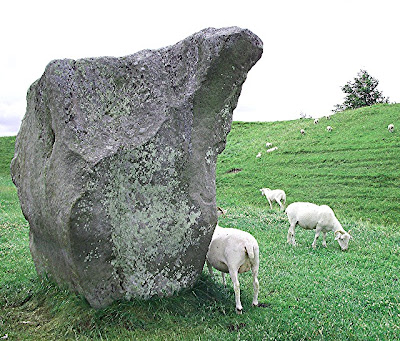 “The ancient Greeks spoke of the "genus loci," or spirit of a place. They sited a shrine to honor the Earth Goddess Gaia in Delphi in Greece because the unique personality or spirit of that place was divined to be especially suited to Gaia residing there. Understanding the forces that drew the early Greeks to reach that decision may well be a concept that is at the very root of developing sustainable human societies and creating programs that maximize the unique values of each destination.”


Five years ago, in July, I took my credit cards and did something I always wanted to do, make my Pilgrimage to Glastonbury, Avebury, the Goddess Conference, and the mystical Arthurian landscape of the sacred springs and the Chalice Well.  It was well worth the expense, and my only regret ever since is that I've not been able to afford going back.  I felt like looking again at that time, and sharing some of the notes and images I brought back with me......I'm working hard in the studio these days, but my heart seems to be across the sea.  And I do hope I can walk among the "speaking stones" of Avebury again.

Going to Avebury was a process, because it represented an intention, long nurtured, of making a personal pilgrimage to this ancient sacred landscape.  So it could be said that the intention preceded me, one of Spider Woman’s threads, across the Atlantic.  Going to a Pilgrimage, even if only half realized, I venture to suggest there are stages of opening, of preparation, necessary.  Entering “mythic mind and space” is part of entering sacred space of any kind – it’s entering that dimension wherein the mind is prepared for the possibility that here the land speaks, the oracle resides, the fey are, and the ancestral spirits listen. 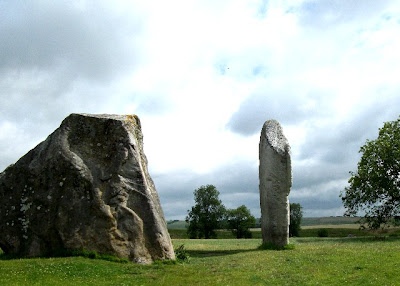 Among the Lakota, preparation for any kind of spiritual activity, and many communal activities that involve consensus as well, must include cleansing activities – a fast, and a sweat lodge, for example.  This “purification” is found throughout virtually all spiritual traditions.   So following this logic, I’m not surprised I became sick almost as soon as I got off the plane, with three days of fever.  It certainly served to detox me from the stress and negative, fearful atmospheres I’ve been dealing with for months.

It was with an exhausted body and an open mind I got off the bus at the village of Avesbury, and immediately walked, delighted, across the street and between two great stones that seemed for the entire world like a bright doorway to me.  I later learned that they’ve been dubbed the “Adam & Eve” stones, presumably because they represent polarities of male and female to some group that works with them. 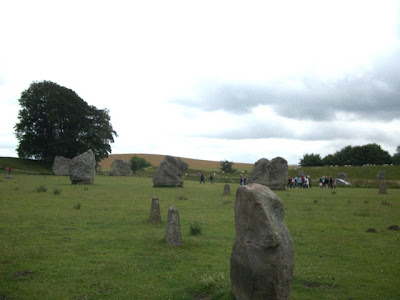 You don't have to be long at Avesbury, or the area in general, to realize it is a pilgrimage point and magnet for many people, among them spiritual seekers, crop circle researchers, druids and witches, and a lot of others who have many different ideas of what is going on, some of it fascinating, some pretty fanciful.

So I tried to keep myself open to my own experience, without superimposing projections on the landscape. 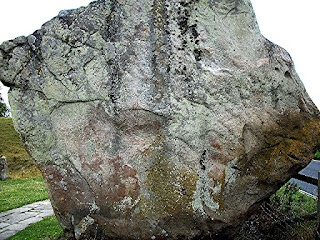 There is brightness there, it emanates from the land.  Local dowsers tell me it’s a “time vortex”, and hence that explains the continual conversation of so many magnificent crop circles that have occurred near Avebury, or Silbury Hill.   Quite a few studies of electromagnetic anomalies, brain waves, and other phenomena have been done in the area, and within crop circles that have occurred in the area as well. (There was a crop circle that occurred the morning I visited, July 18th, although I did not see it – it was closer to Silbury Hill, about a mile away.)

I proceeded to the stone the pair seemed to frame, and sat at its base, warmed by the stone’s presence.  I was becoming euphoric, and sheep wandering throughout with their soothing cries, and their curious-cautious eyes were good companions, a counter-point to the solemnity of the stones.

Then up the side of the great circular “henge”, attracted by wildflowers on its crest, and the naïve hope of seeing, in the fields below and beyond, a crop circle, or maybe Silbury Hill (wrong direction).  But what I looked on were just corn fields.  Rather fancifully, I felt I had, in some way, entered the “Gate”, and could now walk the Circle that is Avebury.

When we used to cast a circle in Reclaiming, we closed with "And now we are between the worlds, and what happens between the worlds can change the world."  Between the worlds is another order of being, an imaginal order that we enclosed by casting a circle, which we entered through a “doorway”, leaving behind the mundane world.  I think places of potency, Avebury, were enclosures and temples for “places between the worlds”, points of heightened earth energies, marked reverently by their stone monuments and avenues, places where celebrants could attune.  Places to contact the ancestors, the devas, places to heal, communicate, conceive, receive an oracle,  retrieve a soul, pray for rain or celebrate an auspicious day between the moon and the stars and the wheel of the year.  This was where the Great Mother spoke and the gods made their play.


I found that they are also ripe with synchronicity – that’s what places of heightened energy do, they “connect” and weave.  I had put on my Spider Woman necklace that morning, a Navajo piece that shows Grandmother Spider Woman weaving.  As soon as I  came off the Henge, I went into a little shop, where I  got into conversation with an elderly local, who told me he had seen a fabulous crop circle with his own eyes, and pulled out a polaroid of  the famous “Spider Web Circle” (of 1994),  proudly informing me that he had taken the photo himself.  He told me  it was “just over there, on the other side of the Henge.”  Just over by the fields and vista I had been  attracted to! 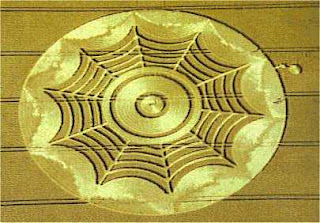 Avebury only has a hundred or so of its original 600 plus stones.  Most of these have been broken down and used by farmers to build houses and barns – the church has not been kind to the stones either, with various ministers admonishing their congregation to pull down  the “devil tracks” .

I found myself, walking that wide circle,  ecstatic, my heart chakra open, feeling “turned on” with that visceral deep eros of nature, of Gaia.  The following day, I was “stoned", spaced out, open.  I didn’t much want to return to “human time”, and I’m convinced if I had been able to sleep there, the dreams would have been vivid.   Avebury affected me in subtle ways, an effect that continues. 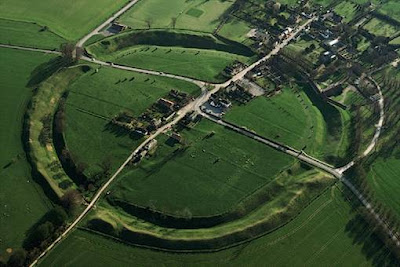 Sometimes language bears in its fossil rock
things once commonly known, now information
available to us only as tourists
as here poke through the earth
through the welter of houses from the last thousand years
through country roads, prim churches, blowzy pubs,
through male and female stones, the huge breast
called Silbury Hill, vast and cumbersome
works of a people whose will slumbers
in the stone circles, rows, wordless
as the thoughts of the sheep that graze.


Yet that will is potent, not with the dumb ferocity
and shapeliness of mountains, not with the bodily
eloquence of frightened or curious sheep.
Here are erected runes of language partly designed
to be read by clouds or goddesses, left for us
too carefully wrought to be ignored.
Sometimes with my hands on the warm/cold stone
I almost think I hear it in my bones. 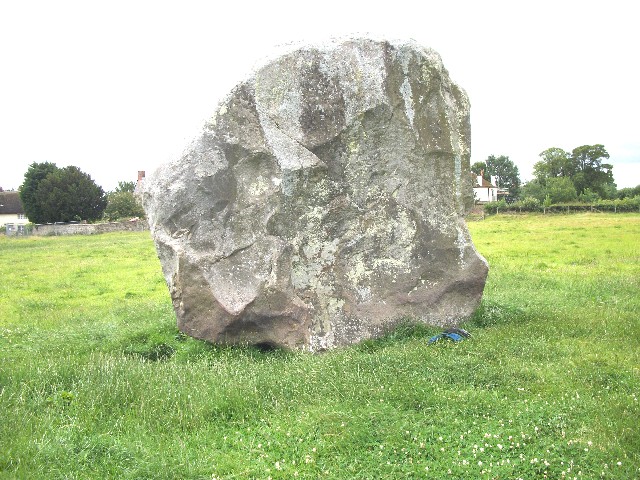 I remember your writing about this trip! It sounds like it was a pilgramage.

I am so glad you re shared your memories. They connected to my own. I visited Avebury in December of 98. I walked the circle then retired to a comfy chair nestled by a cozy fire in a small pub while my daughter and her partner wandered until they got quite lost. Thanks for the memories. I wish we could travel there 'together' one more time.