Ever since I came back from England I've been in a vast flurry of renovation, caretaking, and other duties that has reduced me from inspired to dogged.  Well, that's composting.  But one word has kept popping into my mind even as I carry out endless boxes of construction debris and possible psychic debris as well.

I doubt it would have much meaning to most, unless, like me, you are a long time fan of the visionary writer Doris Lessing, who won the Nobel Prize for literature in 2007.  That word is SOWF, derived from her novel SHIKASTA, published in  1979. SOWF  was the sustaining force that the protagonists in her book, the "Emissaries of Canopus", attempted to re-establish for the suffering inhabitants of the planet Shikasta, a planet that had fallen out of alignment with the stars (galactic center), and had become, as a result, invaded by parasitical, predatory forces that fed on the planets, and it's inhabitants, creativity and life force. One such emissary is Johor, from the planet Canopus, who has come to help the inhabitants during the "last days" before the cataclysmic shift, or war, which takes place on more than physical levels. 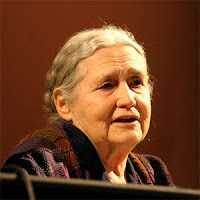 SOWF meant "Substance of We Feeling".


As the novel nears its conclusion, the planet Shikasta, clearly an allegory for our world,  is in chaos, as systems collapse, resources become scarce, war approaches, youth riot, and the "energy pirates" that have parasitized the planet for millenia struggle to keep their stranglehold on the minds of the people of Shikasta. Among other things, there are camps of orphaned children everywhere - some of the characters in the novel are living in Africa, trying to work with the camps.

I was thinking of that recently, the strange prophetic quality of some of the passages of her novel.  In the mid 70's, no one knew about AIDS, and certainly no one could have predicted that a time would come when Africa would be full of orphaned children.  I doubt she would have been aware of the "2012" prophecies, popularized by Jose Arguelles in the 80's, either. 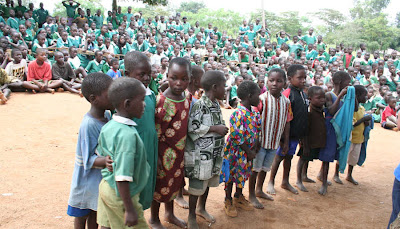 And SOWF?  Not only the world's religions speak now of the interconnectedness of everything (Spider Woman's Web is a metaphor I use)......quantum physics,  ecology, and consciousness studies are demonstrating that this is, indeed, the foundation and real truth of everything.

Shikasta is not a fun story that I frequently go back to and read for pleasure.  And the novels were not, overall, well accepted by the literary community when Lessing, a well-established writer by the 70's, shifted gears to enter into the realms of the Canopean and Sirian Empires.   But for me, Shikasta, and SOWF, have never left my imagination.
Posted by Lauren Raine at 6:14 AM

I love Lessing's work, but missed this one, not sure how or why! Thanks for the reminder. The literary community was brutal to her...but ha. She won the Nobel.

Thanks for bringing this to my attention, i never looked at it this way. I own all of her books but theyre hidden since the 70.. Time to reread.
XXXm

I probably have an unusual take on Shikasta, but it seems to me the "sowf" is, indeed, a true metaphor for what we need to evolve, and to become sustainable...........

Very informative Lauren.
The Loop hoop scoop on who we are as a whole and individual responsibility.
Good blog... as usual
Leaving for Isis Rite this weekend.
I am taking the waters you sent... of course.
Taking you in heart with me as well.
I sent you an email. wonder if you got it?
either way,,,,
You will be there...as you are now ...
Many Blessings
Mana from the Muse
PS
Have you heard from Lena???
Just curious how her program is going.
M

I've been so busy.....just got your email, thanks! And thank you, and all the members of your community, for taking the "Waters of the World" from the Goddess Conference to your ceremony there in California. It is wonderful to see this healing medicine going now to join the Pacific.

Just home from Waters of The World Ceremony. WOW What a turn out!
I spoke to the stars like a microphone singing to you in my frog Heqet voice... thanks Lauren....