"Life After Life" - the Movie 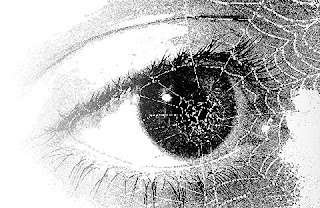 I belong to a group called the Tucson Friends of IANDS  that meets at Unity church to share and discuss NDE's and related phenomena - they also bring speakers to Tucson.  They are affiliated with a much larger organization called the International Association  for Near-Death Studies. Recently they brought to my attention an award winning movie recently made about the subject by filmmaker  Peter Shockey (I take the liberty of copying from the website some bio about him and also Raymond Moody, the physician whose books about people who have died and been revived, and the experiences they share, have had a huge following for over 30 years.)

I hope to have a chance to view the film soon.  I find it fascinating, and encouraging, to see the continuing popular dissemination of this research, which not so very long ago were consigned to the fringe arena of the occult, or viewed as heresy by religious interests.  A recent film, Hereafter,  with Matt Damon and directed by Clint Eastwood, explores the subject in drama form.

Imagine a world without the fear of death?  I have a brother who has been in a vegetative state, on life support, for three years now - because of legal issues, and my family's terrible fear of death, I am not able to let my brother's body die, although I am certain that his spirit is no longer within it.  One of the reasons I belong to IANDS is because I believe this research is of great importance to our world and time, and our ability to grasp the interconnectedness of all life.


"The LIFE AFTER LIFE film is the result of an ongoing labor of love - the amazing collection of real-life testimonials were selected from thousands of cases, and are the culmination of years of research, publications, books and specialized media-training by a broad spectrum of contributors."

Dr. Raymond A Moody is the leading authority on the 'Near-Death Experience,' or NDE - a phrase he coined in the late seventies. Dr. Moody's research into the phenomenon of the NDE had its start in the 1960's, following an electrifying story told by a university professor (that professor, Dr. George Ritchie is one of the gentlemen interviewed in the LIFE AFTER LIFE film).

Peter Shockey is the producer, director & screenwriter of LIFE AFTER LIFE. His own true story - of how he responded to his father's terminal diagnosis - became the narrative for the film, in which Peter appears as himself.


Life After Life Trailer from Peter Shockey on Vimeo.
Posted by Lauren Raine at 7:48 AM

Thank you for posting this. I was very happy to see that such a film was put together.

However, I found the trailer to be far too "light-show'ish". I really hope that it is not a segment of the film itself, as I feel that it really detracts from this amazing message and all of these incredible case studies, not to mention Raymond Moody's life work. Why so many things have to be presented in this short attention span, overly dramatic way eludes me.

Still, I appreciate this post and the fact that the message is out there at least in some form.

If you view the film and find that it has been put together with more heart and soul than the trailer, less zip and zap and a pace more conducive to contemplation, please let me know.

Thanks Misha, I actually agree - the trailor did not impress me as much as the subject matter does; here's hoping that the movie is much better. And I agree also with your comment about "short attention span - overly dramatic" - we live in a "marketing" era, and I am tired of even the best artists feeling they have to comply with "formula" in order to share what they have to say. But let's wait and see how the film maker succeeds........

Thanks for posting. Hadn't heard about the movie,but will repost. How sad, Lauren, about your brother. And yet, I know what you mean about his spirit...Some people, it seems approach death in unconventional ways...bodies still alive, but barely, and spirits off exploring the afterlife.

How amazing Lauren, the film seems very interesting. I too would love and will try to see it. Thanks for sharing the find. I am sorry to hear of your brother's condition. That must be such a difficult situation for everyone. I agree with Trish and hope that he and all of you will come to know true peace .

Thanks to you, Trish and Cole, for your kind thoughts. Yes, it's been very difficult - the great horror has been the thought that he is conscious in his paralyzed body, like the man in the book THE DIVING BELL AND THE BUTTERFLY. But recent brain tests show no brain activity, and I am convinced that he has not suffered - in fact, I often feel that his spirit is around the house, free of his body. There's really nothing more I can do for him at present, except pray, and encourage him to let go and pass over. A medium I consulted told me he has already done that, and is at peace.

Truth is, there are many such people like my brother in institutions, people warehoused in nursing homes whose lives on this physical plane are really over. It's a very hard place to visit.......