Life and art at the ranch 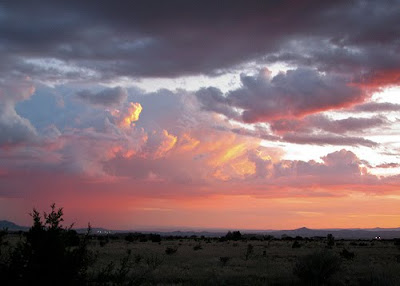 I can't get to the Internet easily here - so my blogging is somewhat delayed. I want to thank friends for their kind and thoughtful comments......in my previous post I'm a bit embarrassed to let my "psychic underwear" show.

But I do question what I'm doing these days - everyone I know is in some kind of similar transitional phase, it seems. And I am weary of the aloneness of it sometimes. I would like to say that, in the previous posts comments, I especially appreciated what Valerianna had to say about art being a spiritual practice, a way to "pollinate".

Rachel Rosenthal once said that our creativity was "compost for the Earth", the highest and best of what we are, feeding the planetary mind and creating fertile soil for those to come.

I remember, years ago, recording an interview with performance artist Raphael Montanez Ortiz. In the 60's, he was famous for his "De-Construction Performances"; in several of them, he ritualistically destroyed a sofa and a piano. For Rafael, these works were not just about him, but also shared rituals about both personal and collective "Shadow Work". Here is another dimension of art process.....one that is psychologically self-revelatory. As Rafael pursued his art in later years, he integrated shamanism, healing, and indigenous cultural traditions into his work, with "Physio-Psycho-Alchemy", and "Waxworks". Re-reading that interview recently, I found this:

Rafael: "Do you remember the movie, "Forbidden Planet"?"

Lauren: "Yes, their "id creature" destroyed their civilization. So, in order to integrate these internal forces, one must see it and be it?"

Rafael: "Or find a safe haven for it, and art can be a haven, a solution."

I was sitting on the stoop of the back porch a few days ago, looking out into the desert, when suddenly I was joined in my morning coffee by a black dog. Wagging her tail, her company was most welcome. Looking at her tags, I saw a phone number, and had to laugh when I learned that my new friend was called "Shadow"! So Shadow and I hung out all day, until her owner came to pick her up........I think there's a living metaphor in there somewhere worth noting as well. 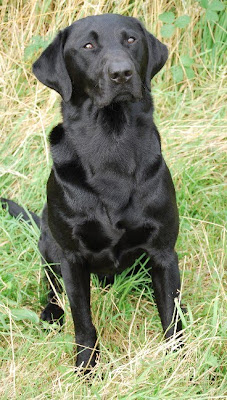 How can we know the whole of anything without the friendship of what Jung called "shadow"? I make room these days for "both sides now", and when Shadow turns up at the door wagging her tail, it's not a bad idea to sit down on the porch and share your hamburger. 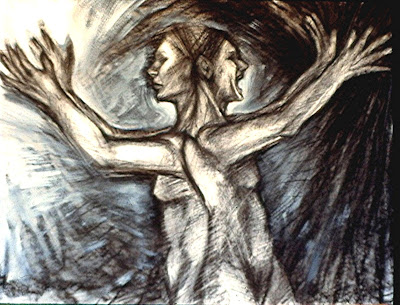 So, I've been busy making ICONS in clay and in paintings, but I think I'll make a "Shadow Box" or two, just to make sure I keep the balance.
Posted by Lauren Raine at 7:47 AM

Love that your friend "shadow" came to hang with you! I think its important to share our shadow selves, even though you said you feel embarrassed. If I can really be human with my students, and share my vulnerability, I truly believe it does them a greater service than for them to think I've just got it together and never doubt... but I do wonder how I will feel when I share my vulnerability sometime on my blog, that's a new, strange way to broadcast one's inner life!

Glad the muse has found you....
blessings from the happy valley.