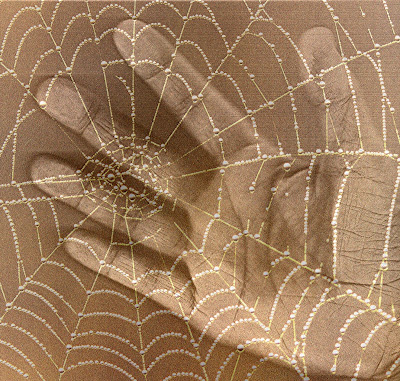 "I would like to share a few thoughts with you
about an activity that clearly marks the end
of civilization as we know it: Twittering."

We know the benefits, indeed the stupendous global transformation the Internet has brought. The entire World Wide Web, like the Akashic Record, at your very fingertips. The Greatest Library the World Has Ever Known.

So now I'm going to make a few ornery comments about the "down side" of the internet. I submit that I seem to become a Curmudgeon whenever it's about 115 outside. The solution is to spend as much time as possible in movie theatres and in libraries. As time goes by, I'm getting better at napping, eating breakfast and lunch, meditating and doing my homework in such environments. So while browsing in air conditioned splendor at the library, I ran across Mr. Modem's article about the new internet rage, "twittering". Mr. Modem goes on to note,

"Twitter (www.twitter.com) is a free service predicated on the question "What are you doing?" By composing short 140 character messages, you can share with the entire world that you are standing in line at the Department of Motor Vehicles, eating a tuna sandwich, or watching your dog chase its tail. If compulsively posting such digital drivel is not enough of an incentive to get out of bed in the morning--which is, of course, another event you'll want to share with others--you can also follow the mundane activities of other peoples' uneventful lives--including celebrities. At no time in the history of interpersonal communication has the phrase "get a life" been more appropriate."

Like I said in my letter to him (below) I think this man is on to something.

I just ran across your article in SMART COMPUTING about the "Twitter" phenomenon. I want to tell you that I think you are a Prophet.

I'm sure Twitter brings us one step closer to spitting not long words at each other but fast, efficient, pixels. Although I've given in and appear on Facebook now, to be honest, I find it depressing. I used to have friends I exchanged letters with, even phone calls. Now I have "friends" who share 10 word one-liners with me and 500 other "friends".

This is about as satisfying to me as eating a plastic donut. On a good day, I get group emails of cute sayings, which make me feel that I am dear to someone on the list, along with, of course, 50 or so others......in my darker, paranoid moments, I worry that the world has become obese with fast food and fast talk, substitutes for something more nourishing.

Your funny article "Twittering or Frittering" in the August, 2009 Issue of Smart Computing made me laugh. But it also made me wonder if we can no longer distinguish the difference between Quantity and Quality.