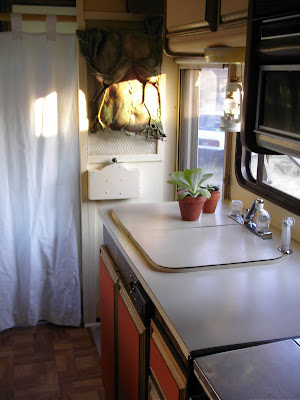 On a prosaic note (especially in light of current economic news) I would like to introduce my new low-energy (at least, when standing), recycled & remodeled (by me), reasonably priced ($3,500.00), alternative energy (solar panels coming), no mortgage, no property taxes, movable HOUSE. 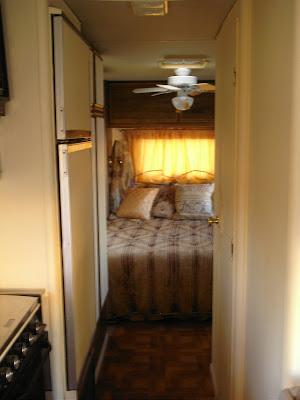 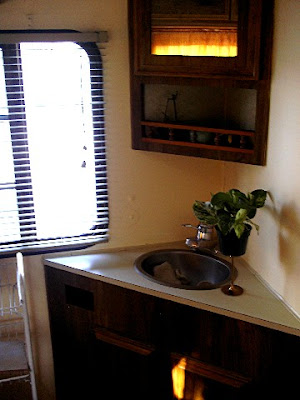 For obvious reasons, motor homes are quite inexpensive these days. While they often don't last long in the demanding weather of the East Coast, my Lucy was created in 1988, and was lovingly cared for by an elderly couple here in the Southwest. I have all the luxuries, of course, microwave, tv, bathtub, refrigerator, oven, air conditioner, etc. The only times my new home gets expensive is when I drive her anywhere, which is something I don't plan on doing very often - soon she will be settled in for the winter in a nice trailor court in Truth or Consequences, New Mexico. I've had a lot of fun renovating the interior. Maybe not Architectural Digest, but I'm proud.
I was reading recently about a group of artists in England who are converting old trucking containers into affordable community housing.
http://www.containercity.com/container-city-one.html 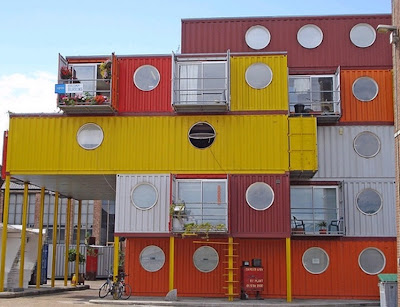 and the artist's community Cove City in Scotland:

http://www.containercity.com/cove-park.html
I'd like to point out that the same can, and has, been true of trailors and motor homes, especially if they are taken off the road and kept in a more or less permanent setting. Building a roof cover can eliminate the problem of roof leaks, floors can be preserved by mounting on cinder block, etc. I think of some permanently housed 1960's trailors I saw at a community in Mimbres, New Mexico which had been built into larger housing complexes (and still going strong) - one had even been incorporated into a "rammed earth" design.

The advantage of recycling trailors and motorhomes for housing is that they are cheap (and used ones are getting cheaper all the time), ubiquitous, can be moved just about anywhere because they incorporate the marvelous invention of the wheel, and they are already (usually) fully equipped "houses", saving the problem of having to do wiring or plumbing, etc. They are designed to run on propane as well as gas and electricity, and solar panels can be adapted. I once saw a school bus that had been outfitted with a woodstove as a portable sauna.......perhaps something like that could be done to a trailor as well by a creative carpenter.
The point of all this is that for years it's occurred to me it's an option for artists and other cultural creatives, at least for those seeking a place to winter. Imagine what would be possible if there was an "Art Park Trailor Park", and artists were invited to live and work there, provided they did something innovative and creative to the trailors they brought? (as well as some central planning and shared facilities).

Anyway, fun to imagine. I've found nothing like that in my searches. Now to head to New Mexico. 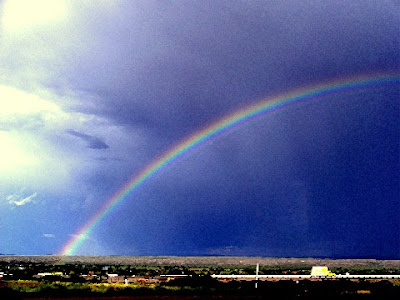 Rainbow in New Mexico (off of Route 25)