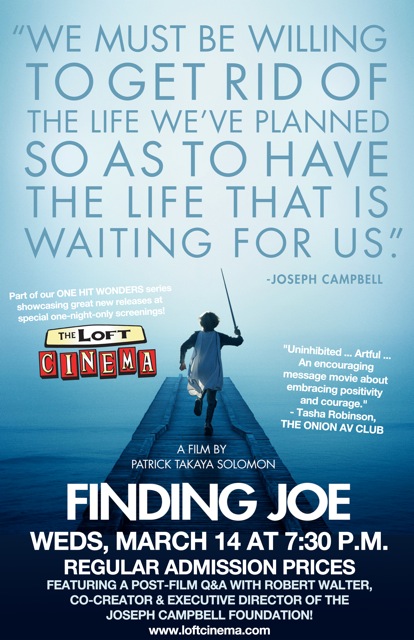 "Myths and dreams come from the same place......And the only myth that is going to be worth thinking about in the immediate future is one that is talking about the planet.  And what it will have to deal with will be exactly what all myths have dealt with - the maturation of the individual, from dependency through adulthood, through maturity, and then to the exit; and then how to relate to this society  to the world of nature and the cosmos. That's what the myths have all talked about, and what this one's got to talk about. But the society that it's got to talk about now  is the society of the planet. And until that gets going, you don't have anything."
The Power of Myth

I was delighted to learn of a new movie about Joseph Campbell.  I was just recently looking at the Power of Myth series, which he did with Bill Moyers before he died, and struggling to write about why it's so important to be engaged in "re-mything" our world, personally and universally.
Myths are "imaginal" cells,  the enzymes that can become a coocoon with the potential of becoming a butterfly.   We participate in myth all the time, those stories and rites of passage have much to do with how we experience World.  Myths are the templates of art and of religion  So what are our myths?  What are our rituals, which are the enactments and embodiments of  myths?  If myths are the means for us to comprehend our world so that we can live well within it, then what myths are useful for the time we live in, and which are not?
Joseph Campbell was a mentor of mine when I struggled to find a reason for committing to a path as an artist (and not everyone needs to have a "reason" by any means).  But for me, I began to see that artists could be engaged in "re-mything" culture.  If nature is something to be "conquered", if we come into this world in some kind "original sin" and divinity is somewhere other than in the world, a reward for being "saved" or a "chosen one",  if God is a Father, rather than a  Mother, if the Warrior archetype is valued above all else...........how then will we experience, and act?

"At a conference for the American Academy for the Advancement of Science (AAAS) here in Vancouver, British Columbia, experts argued that the path to a truly sustainable future is through the muddy waters of emotions, values, ethics, and most importantly, imagination.........."We live in our heads. We live in story," agreed John Robinson of UBC's Institute for Resources, Environment and Sustainability. "When we talk about sustainability we are talking about the future, how things could be. This is the landscape of imagination.  If we can't imagine a better world we won't get it."

From Nation of Change 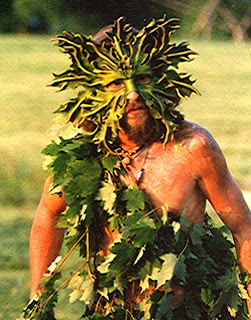 "The world is made of stories" ~  Muriel Rukeyser
Posted by Lauren Raine at 6:33 AM

Wow, this looks fantastic. Thanks for posting, Lauren. Campbell is one of my heroes, too!