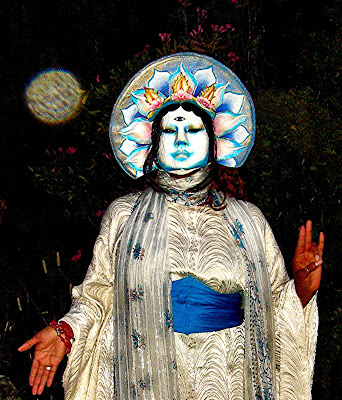 I felt like pulling out one of my "orb" photos, sent by a friend who used the mask of White Tara in a performance a few years ago.

Many people believe that these round objects, which have begun appearing since the invention of digital photography, are of spirits or elemental intelligences. In all fairness, there are many who also believe they are specks of dust. Having encountered some pretty dramatic "spirit photos" of my own from a 2004 performance, I keep an open mind. Personally, I think that whatever they are, they seem to be attracted to positive energy and receptive hearts.

Here's a link to a Orb Movie - takes a while to download - by a dedicated collector. I also saw a movie at Lilydale in New York last year, called The Veil is Lifting. 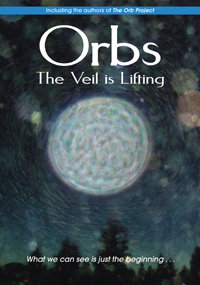 " The Veil is Lifting" (http://psychedelicadventure.blogspot.com/2008/12/orbs-veil-is-lifting.html) is the first full-length film that brings together scientists, spiritual teachers, and experts to explore the fascinating Orb phenomenon. The film consists mainly of lots of Orb photos interspersed with interviews with people who have studied them. Among them, Miceal Ledwith, of What the Bleep fame, who has taken over 100,000 Orb photos. It's a lovely film. 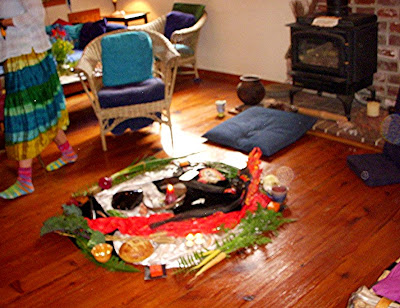 This photo was sent to me by a friend who shared a ritual in her home - you can see the orbs around the ritual implements.